Attorney General Bill Barr on Sunday afternoon released a summary of Special Counsel Robert Mueller’s report on alleged collusion between the 2016 Trump presidential campaign and the Russian government. The long and the short of it: there wasn’t any.

Here’s the full text of Barr’s letter (via Legal Insurrection).

Bottom line: “The Special Counsel’s investigation did not find that the Trump campaign or anyone associated with it conspired or coordinated with Russia in its efforts to influence the 2016 U.S. presidential election.”

Whoops. So much for the “real prospect of jail time.” Bummer.

I don’t need the Mueller report to know Trump is a traitor. I have a TV. w/@RepSwalwell #SubpoenaMueller pic.twitter.com/gmaljGGBvn

After two years of insisting on “obvious” and “plain sight” collusion, the Democrats aren’t about to let it go. Rep. Maxine Waters (D-Calif.) insisted on MSNBC, “This is not the end of anything!” (Alas, she’s probably correct.)

“Seems like the Department of Justice is putting matters squarely in Congress’ court,” Rep. Jerrold Nadler (D-N.Y.) said in a tweet. Earlier on “Fox News Sunday” with Chris Wallace, Nadler said, “Maybe it’s not indictable but we know there was collusion. The question is to what degree and for what purpose.”

Apparently this dream will never die.

Meantime, NeverTrump contingent busies itself with hammering square pegs into round holes. (Our Julie Kelly has a story coming out about that in a few hours.) 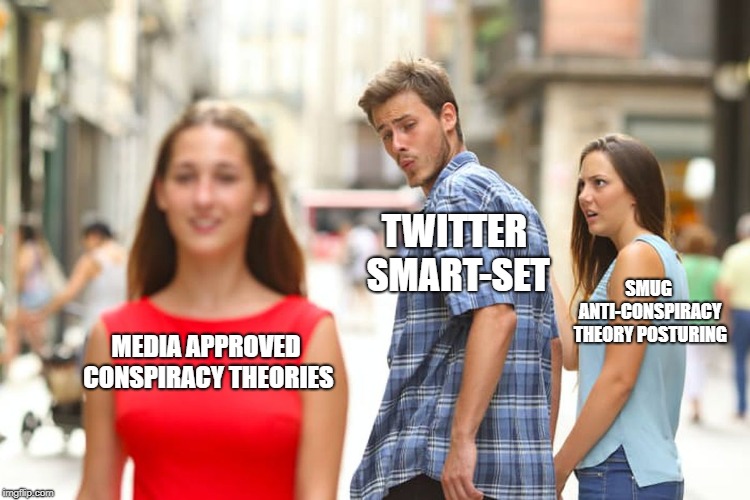 Isn’t it funny that the people who are always shouting the loudest that they’re smaaahhht always turn out to be the stupidest?”

Condolences to The Bulwark.