If you’re running an independent bookstore in the San Francisco Bay Area, what sort of window displays will bring in foot traffic? Conversely, what sort of window displays will not invite ideologically driven vandalism? Here, based on a colleague’s recent trip to Book Passage, “The Bay Areas Liveliest Bookstore,” is a sampling of what you may expect.

To fully appreciate the politicization of the leftist literati, you have to view these cover photos. In this first example, notice the use of socialist realism in the cover art. Published by Simon and Schuster, the cover of Kamala Harris: Rooted in Justice, portrays a heroic profile. It uses bold, primary colors and incorporates patriotic images. From Britannica.com, consider this definition of socialist realism in art:

Socialist Realism was also the officially sponsored Marxist aesthetic in the visual arts, which fulfilled the same propagandistic and ideological functions as did literature. Socialist Realist paintings and sculptures used naturalistic idealization to portray workers and farmers as dauntless, purposeful, well-muscled, and youthful. 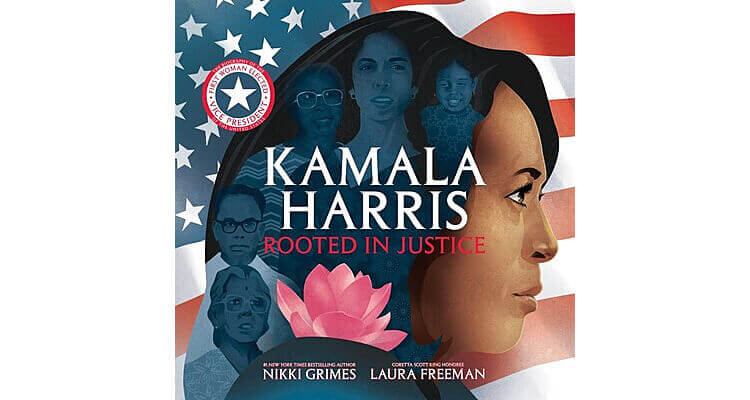 Whereas Kamala Harris got her own book, however, Elizabeth Warren, Nancy Pelosi, and others are part of a series, Queens of the Resistance, brought to you by Penguin Random House. Might these books be fulfilling “propagandistic and ideological functions?” 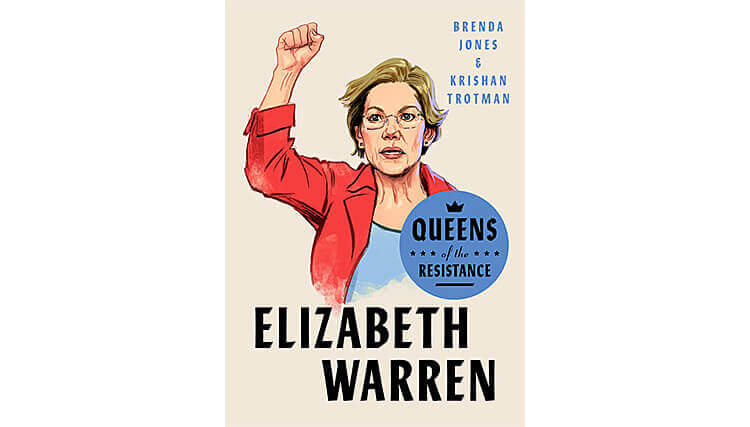 One might also wonder why Elizabeth Warren is pictured raising a clenched fist, whereas Pelosi is merely crossing her arms. But in both cases, their countenances are dauntless, purposeful. They are, after all, “Queens of the Resistance.” But we’re just getting started. 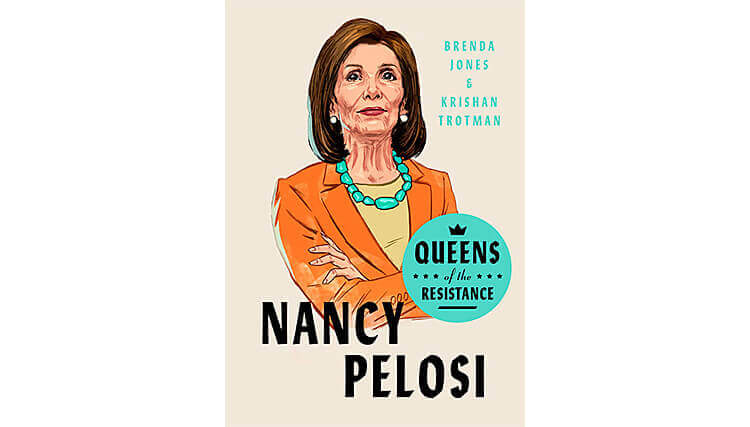 In order not merely to showcase the resistance fighters, but also to identify the enemy, we have, courtesy of Seal Press, Ijeoma Oluo’s Mediocre: The Dangerous Legacy of White Male America” The summary of this book on its publisher’s website merits quoting in its entirety.

What happens to a country that tells generation after generation of white men that they deserve power? What happens when success is defined by status over women and people of color, instead of by actual accomplishments? Through the last 150 years of American history—from the post-reconstruction South and the mythic stories of cowboys in the West, to the present-day controversy over NFL protests and the backlash against the rise of women in politics—Ijeoma Oluo exposes the devastating consequences of white male supremacy on women, people of color, and white men themselves. Mediocre investigates the real costs of this phenomenon in order to imagine a new white male identity, one free from racism and sexism. As provocative as it is essential, this book will upend everything you thought you knew about American identity and offers a bold new vision of American greatness.

Got that? White male “supremacy” is responsible for “devastating consequences” to everyone—women, people of color, even white men themselves! Whoever you may be, Ijeoma Oluo wants you to remember that the next time you whip out your cell phone, consume a life-saving medication, drive a car, fly in a plane, vote in a democratic election, or assert your constitutional rights, in fact, you should be miserable because of “white supremacy.” We are supposed to believe that “mediocre” white men deserve no credit for all of these obviously positive attributes of modern civilization.

And it gets even better. 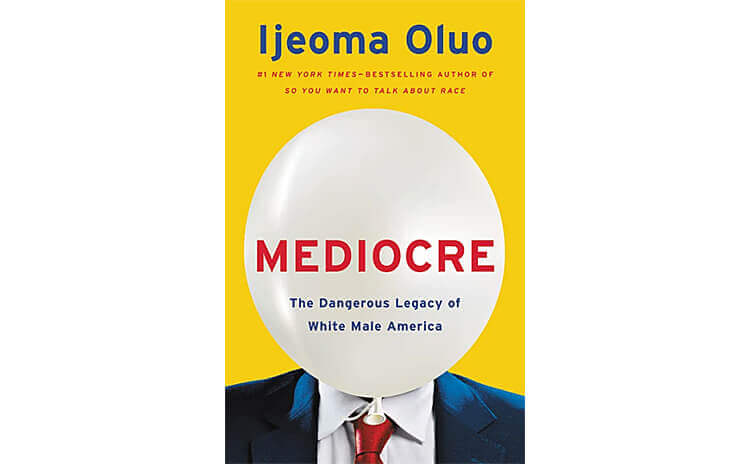 The final pair of books offer a future vision for America’s leaders—way in the future. From the peerless Ibram X. Kendi, courtesy of Penguin Random House, we have Antiracist Baby. As the publisher puts it:

With bold art and thoughtful yet playful text, Antiracist Baby introduces the youngest readers and the grown-ups in their lives to the concept and power of antiracism. Providing the language necessary to begin critical conversations at the earliest age, Antiracist Baby is the perfect gift for readers of all ages dedicated to forming a just society. 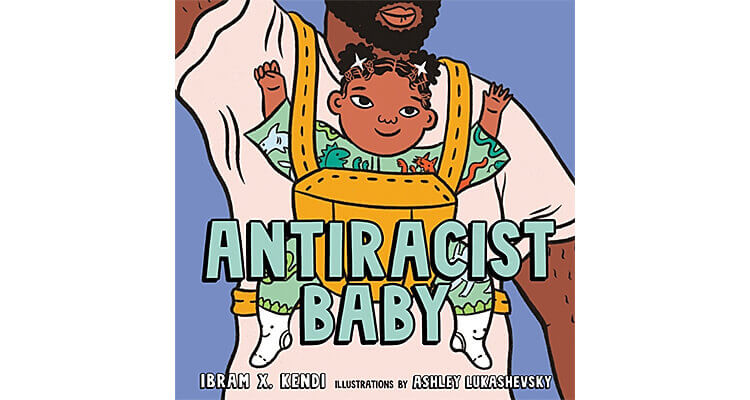 Few objective observers would label anything coming from the mind of Ibram X. Kendi “playful,” but maybe he’s making an exception for the children, oops, for the babies. Because it’s never too soon to start manipulating a young mind.

That sentiment is echoed in our last example, Woke Baby, from Macmillan. Written by Mahogany L. Browne, we may presume Woke Baby to be even more inclusive than Antiracist Baby, since “woke” would incorporate anti-discrimination and anti-prejudice in all of its toxic, systemic, pervasive forms. Or as the Woke Baby marketing verbiage tells us: “For all the littlest progressives, waking up to seize a new day of justice and activism. Woke babies are up early. Woke babies raise their fists in the air. Woke babies cry out for justice. Woke babies grow up to change the world.” 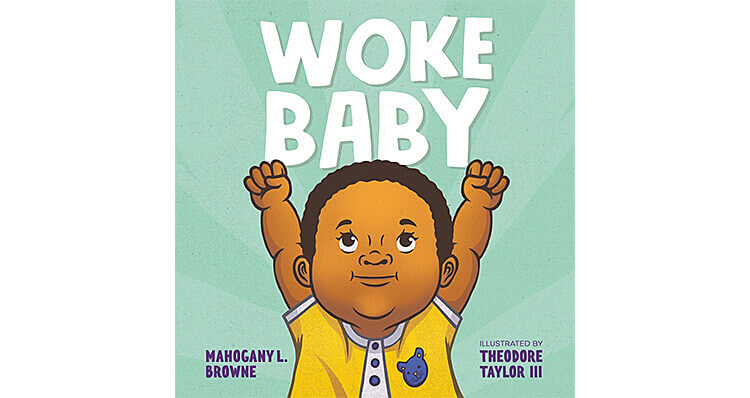 Given the Left’s mastery of communications techniques and their control of nearly every medium of modern communication, you would think such ham-fisted material wouldn’t constitute the window dressing at an elite bookstore. As always, a useful way to put this into perspective is to imagine the flipside: books that extol the virtues of white men and expose the shortcomings of everyone else. Donald Trump: Rooted in Justice, Ron DeSantis and Ted Cruz: Kings of the Resistance, Mediocre: the Dangerous Legacy of . . . We dare not speculate further.

Joe Biden, during his candidacy, expressed a naïve but genuine ideal that he thinks (wrongly) is the underlying ideal of critical race theory. He asked, “What’s wrong with learning about other cultures and how to get along better?” There’s nothing wrong with that. But anyone who has indulged in a conversation with an individual heavily invested in the progressive agenda knows it goes well beyond this benign motivation. Apart from those who purchase books like these out of incredulous amusement, the people buying these books are living politicized, often fanatical lives. They have taken their ideology to extremes, extending it to the books they read to their infant children.

Call me a troglodyte, but I’ll stick with Dr. Seuss.