That didn’t take long. So, do you like it in Haiti and El Salvador?

Hard as it is to believe, it was only a little more than a year ago—that is, pre-pandemic—that gas cost on average just over $2 per gallon in most parts of the country, most people who wanted to work could work, and when you tuned in to watch women’s sports on ESPN, there were women playing them.

This week, the price of gas sailed above $7 per gallon in Virginia, the highest a gallon of gasoline has ever cost in America. The official unemployment rate is around six percent, but the real unemployment rate—total unemployment plus everyone “marginally attached” to the workforce or working part-time—is 10.4 percent, in part because millions of Americans are being paid not to work. And a man identifying as a woman is set to compete against actual women at the Olympics.

What a difference a little more than a year can make.

What a difference an election can make.

What a difference four months can make.

That’s how long Joe Biden has been president. It didn’t take him very long to undo the policies and progress of the previous four years and set America on a course to becoming a country akin to Venezuela with elements of old East Germany.

A little more than a year ago, America was on the verge of becoming a net exporter of oil and had become fully independent of foreign oil. OPEC nations such as Saudi Arabia and Venezuela no longer had a chokehold on America’s oil supply.

“Energy independence” was long considered a pipe dream in the United States. The very idea was inconceivable to people remember the 1970s, when Americans were told that they had better get used to a world of dependence on foreign oil because there was not enough oil left in the United States.

That bit of fake news was used to cajole Americans into driving 55 for almost 20 years. 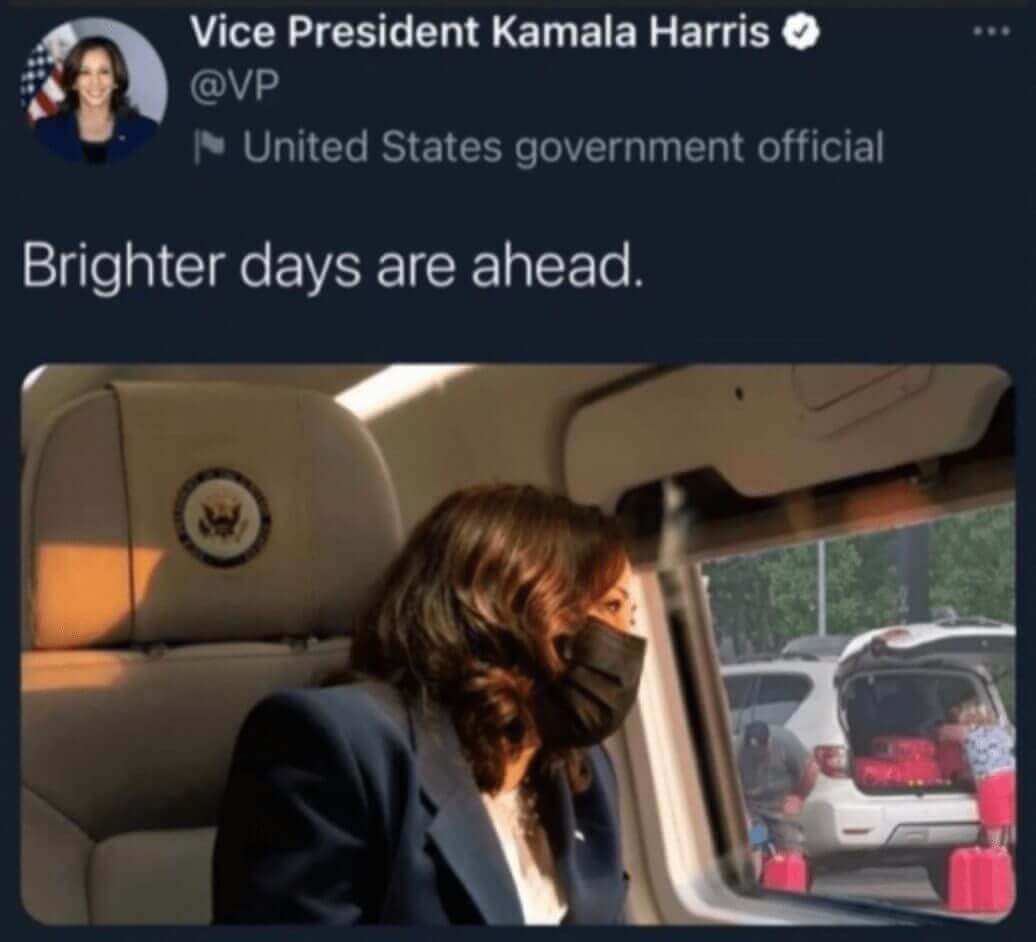 Scarcity was also the pretext for massive government intervention in the new car business—which is to say, Americans’ business. Expert forecasters assured us we would be driving much smaller, more “efficient” cars because those were the only vehicles the car companies would be allowed to build and sell. Or rather, they would be the only cars that could comply with the federal government’s corporate average fuel efficiency (CAFE) standards, which impose mandatory minimum gas mileage standards and levy steep fines for noncompliance.

As it turns out, America has plenty of oil. No need to drive the tiny cars Jimmy Carter wanted Americans to drive. Or the expensive electric cars Joe Biden is bound and determined to force Americans into buying—if they can afford it—as part of the Green New Deal.

The problem with energy isn’t scarcity; it’s government. Government makes untapped sources of oil and gas difficult and very expensive to obtain. When government took a step or two back under President Trump, America produced more oil than Americans needed.

Well, we can’t have that. Or rather, Joe Biden won’t allow Americans to have that.

He’s shifting gears—back to the ’70s—by halting construction of a major new pipeline and dithering when a hostile foreign power hacked and disabled another one. Instead of making America great again, Biden has made it difficult and expensive to get energy again by rescinding leases on federal lands where the energy sits untapped.

The result? Americans are paying more for fuels (gasoline, diesel, propane, and natural gas) now than we did at the height of the Ford and Carter-era “energy crisis,” which was a quintessentially manufactured crisis.

American businesses have been destroyed by policies that forbade them from serving their customers. Now that the country is reopening and businesses can serve people again, many employers can’t find people to serve because the government continues to pay people “bonuses” to stay home.

A little over a year ago, there was no inflation to speak of. Interest rates on home and car loans were at historic lows, making it feasible for more people to own homes and buy cars. The value of the money they’d saved didn’t diminish on an almost hourly basis.

This year, inflation is taxing Americans into the poorhouse. In part, because they can’t afford to buy their own house. Lumber prices are more than twice what they were a little over a year ago; a 4-foot-by-8-foot sheet of plywood used for roofing or flooring that cost $18 a year ago now costs $40.

But Joe sent Americans $1,400 of their grandkids’ money to cover it.

The problem is his policies have already cheated Americans out of that money—with interest.

On just the gas bill, alone. The 15-gallon tankful that cost $33 a year or so ago—when the price of gasoline was around $2.20 a gallon—now costs almost $100 in Virginia and around $60 in California. And even if it only cost half as much, it’s still twice as much as Americans were paying when Biden wasn’t president.

Remember when President Trump referred to dysfunctional Third-World countries that waft Marxism and corruption as “shithole countries”? Joe Biden has quite graciously bestowed us with one of our very own.

As we sit in lines, waiting to pay more for everything, we might want to ponder that sad reality—and what the remainder of the next four years may have in store.