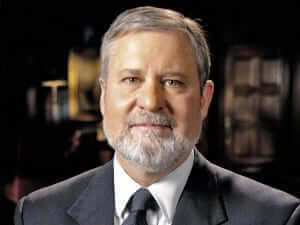 Dr. Larry Arnn, President of Hillsdale College, joined me today for the better part of an hour to discuss the crisis unfolding in American politics.  The importance of our constitutional order is too little understood and the sovereignty of the people acting in their constitutional majority too little appreciated.  Few people are as well equipped to explain the origins of the crisis and what action we may take to forestall its terrible consequences than Dr. Arnn.

The entire discussion is worth listening to at least once – probably more than once.  And not because of me.   Dr. Arnn’s knowledge and practical wisdom are in short supply.  I’ve already listened to the interview again.  A few takeaways:

And, yes, we talked Trump a little bit.  How could we not?  Dr. Arnn did an excellent job setting the candidacy of Donald Trump in its proper historical context, offering compelling reasons to support Trump for President and some measure of understanding if no succor for the opposition.

4 responses to “The Crisis in American Constitutionalism with Dr. Larry Arnn (PODCAST)”