A transgender surfer in Western Australia has become the first person in history to win both the men’s and women’s divisions of the sport.

This month, 43-year-old Sasha Jane Lowerson crushed the competition in the Open Women’s and Open Logger divisions at the West Coast Suspensions Longboard and Logger State Championships, as well as a number of state titles.

'This means so much': Sasha Jane Lowerson on paving the way for trans women in surfing https://t.co/TbhAzbXV9Z 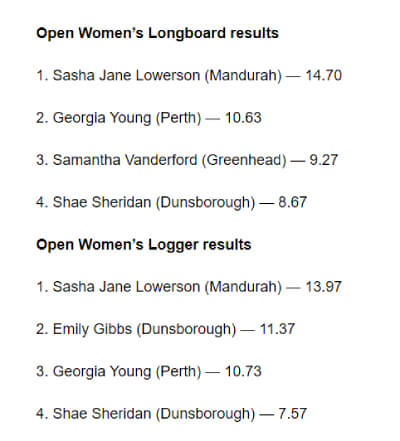 The World Surf League shows Ryan Egan’s stats in the Men’s Longboard Tour through 2020, and lists him as being six feet tall and weighing 187 lbs.

Ryan Egan won the men’s championship in 2019, two years before he changed his name and transitioned to a woman.

A bio of the surfer at the time describes him as having a wife and daughter in Mandurah, a small surf town south of Perth Western Australia.

Egan is quoted as saying, “there’s a lot waves in Western Australia that fire and we are known for our slabs, but we also have a lot of fun long points too, that suit fish boards and long boards, we don’t miss out on our fill of stoke over here in West Oz.”

The story was accompanied by the following photograph: Fast forward three years and Egan/Lowerson has transitioned into a passionate advocate for transgender athletes, and is “fighting to make space for them in the surfing world,” according to the Mandurah Mail. 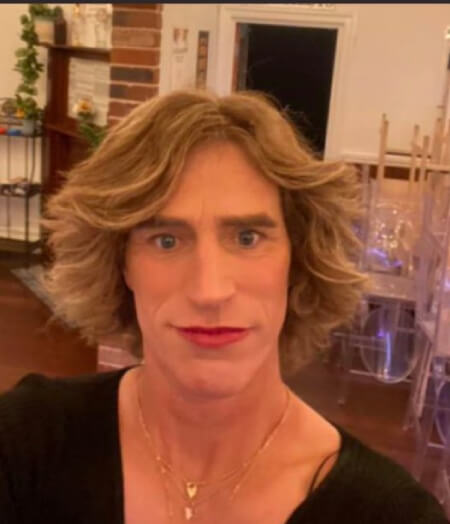 “I knew at a very young age that I wasn’t a normal boy,” Lowerson told a YouTube podcaster last November. “For the best part of (my life) I thought she (Sasha) could never live, I had to put her in a box. That is something a lot of girls experience.”

Lowerson said he had tried to transition at ages 19 and 29, but “got nowhere” both times because of “the medical system the way that it was at the time.”

“I had a real wake up call (suicide attempt in 2020), then I thought, ‘What are you doing? You are living a lie,’” he said. “I made a decision to be truthful to me and the world and that is when I decided to unveil Sasha as such.”

Lowerson told the podcaster that he started a medical transition at the start of 2021, and stopped surfing for six months. “Then I woke up one morning and said, ‘No it’s been my life, I can’t just walk away from my passion and life.’”

Lowerson said he called up Surfing Australia and said, “Umm, this is me, the last time I competed in your Australian titles I was third, what are you going to do? I was pretty frank about it. We can do this two ways. We can do it together and make it amazing or we can do it terribly and it’s a circus and you guys are the only ones who are going to come out looking silly… I’d prefer to not go through that.”

“To be the first trans woman competing in surfing hasn’t been an easy ride emotionally but the amount of support I’ve been showed has been phenomenal and I’m so grateful to be involved, welcomed and embraced within the longboard community in Australia,” Lowerson told reporters after beating the women.