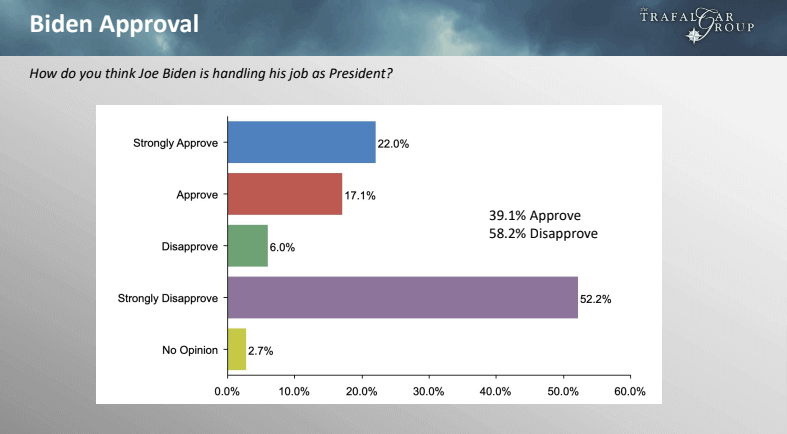 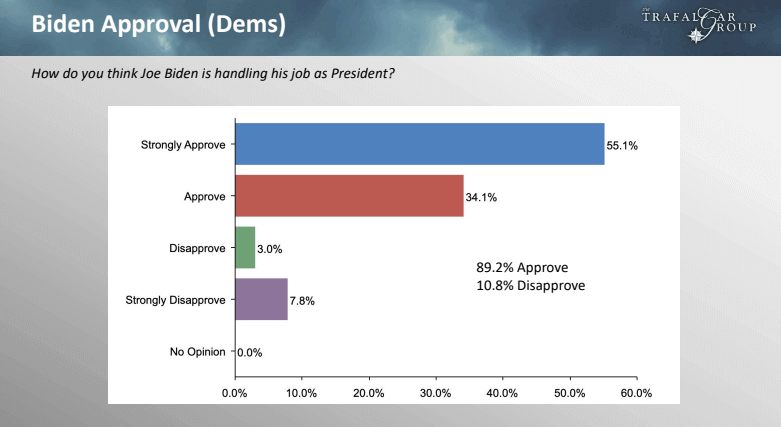 Only 6.4 percent of Republicans approve of the job he’s doing, while 92.1 disapprove. 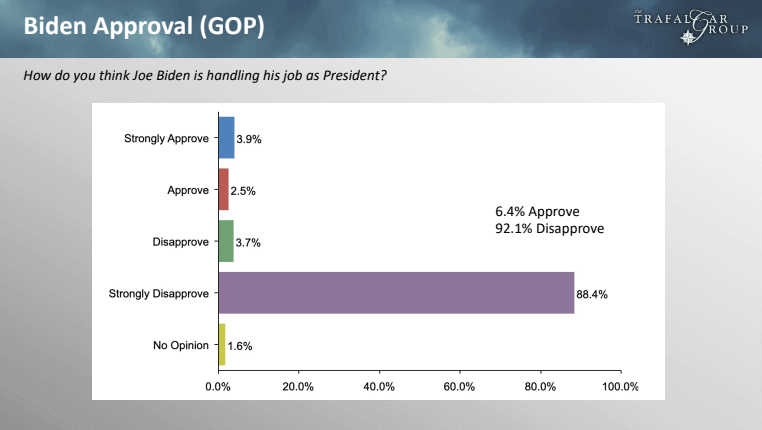 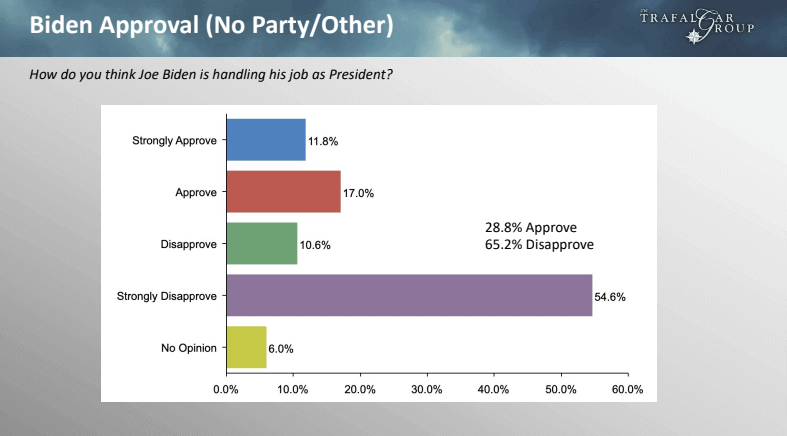 In January,  38.7 percent approved of Biden’s performance and 59.2 percent disapproved in Trafalgar’s poll. Nearly 50 percent of voters said they strongly disapproved of the job Biden was doing.

Trafalgar’s latest poll lines up with many other recent polls that show Biden’s approval rating wavering in the mid to upper thirties.

If those results continue, Democrats are in for a world of pain in November.

“In our increasingly polarized and nationalized politics, the single most determinative factor in midterm outcomes is the president’s job approval,” writes RealClearPolitics’ Sean Trende. “With both the House and Senate very narrowly split between the two parties, entering the 2022 elections with a president whose job approval is at this level carries catastrophic implications for the Democrats.”

Biden’s term in office thus far has been marked by a series of self-inflicted disasters and failures, including his botched withdrawal from Afghanistan, the worsening COVID pandemic that he promised to end, inflation, high gas prices, the border crisis, executive overreach, his increasingly authoritarian behavior,  intentionally divisive policies, and his declining mental state.