Thousands of flights were delayed or canceled on multiple airlines across the United States over the holiday weekend, leaving thousands of travelers frustrated and stranded, according to FlightAware.

Sunday saw a total of 5,936 delays and 1,387 cancellations of flights within, or out of the United States on Sunday. United, Delta, and JetBlue blamed the flight disruptions on staff shortages due the highly transmissible Omicron variant, US News reported.

United Airlines said it notified “impacted customers in advance of them coming to the airport,” according to a company statement. “We’re sorry for the disruption and are working hard to rebook as many people as possible and get them on their way for the holidays.”

A group of sidelined United Airline employees say the airline should have expected staff shortages when it put hundreds of pilots and flight attendants on unpaid leave.

CEO Scott Kirby recently testified before the Senate Commerce Committee that “about 80” pilots were on unpaid leave. But the Airline Employees 4 Health Freedom (AE4HF) said at least 354 pilots in its organization have been put on unpaid leave.

AE4HF is a nonprofit organization with 2000-plus United Airiness employees who are fighting to protect the “right to bodily autonomy and faith-based reasonable accommodations for all employees across all industries.”

Kirby also claimed only six pilots were terminated. In an email, the AE4HF said it could identify eleven terminated pilots, “one as late as last week, just before Christmas.”

“Kirby grounded our co-workers without pay due to their faith and/or doctors recommendations against the shot on Nov 12. UAL [United Airlines] thought they would quickly restaff not foreseeing the Omicron,” AE4HF wrote. “Because everyone at flight training is vaxxed, they stopped the masking and social distancing. Boom. Closed the pilot and flight training center due to massive outbreak and fell behind.”

The holiday flight delays and cancellations suggest that the training center, which also trains flight attendants, “could not replace or keep current those who were due for training in Dec,” AE4HF explained. A week before the holidays, the airline fell “terribly behind in available crew,” the group added.

An internal United Airline memo to “Inflight Services” obtained by American Greatness shows that the company was concerned about the increase in sick calls from flight attendants. 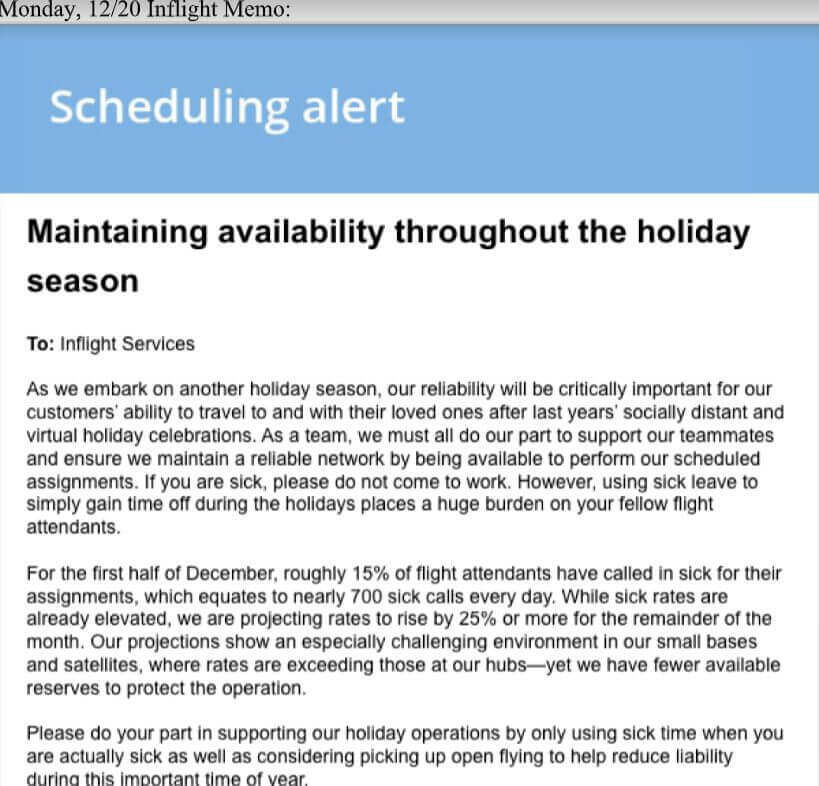 Another internal United memo sent to “All pilots” states: “The nationwide spike in Omicron cases this week has had a direct impact in our flight crews and the people who run our operation. As a result, we’ve unfortunately had to cancel some flights and are notifying impacted customers in advance of them coming to the airport.” 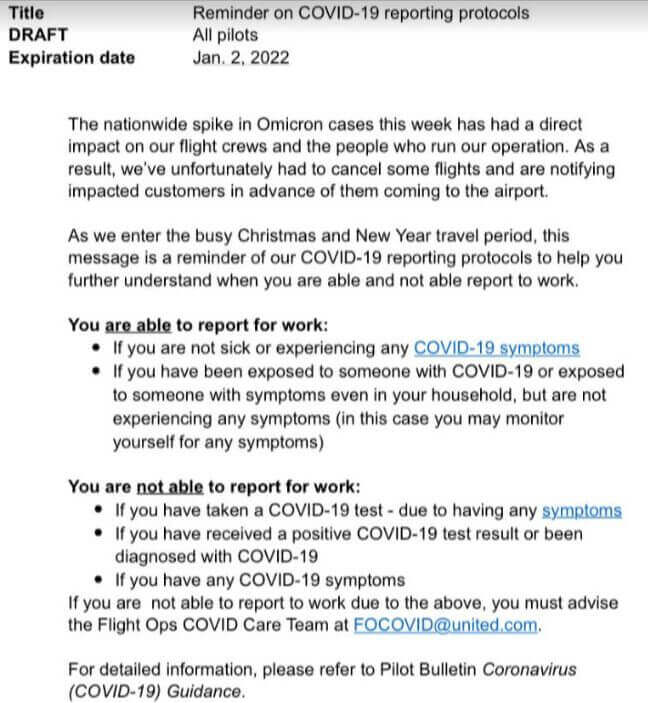 “Meanwhile, we sit ready to fly,” AE4HF said in the email. “This has cost the passengers terribly by ruining their holiday and the shareholders with needless expenses. We
could have helped.”

The 354 laid off pilots could have made up 177 flight crews, (there are two pilots per flight), AE4HF explained. Pilots are scheduled an average of seven flights in a four-day period, thus from Dec. 23 to Dec. 26, the sidelined pilots could have hypothetically flown 1239 flights, AE4HF said.

“If Kirby had returned us to work, we could have easily covered that with folks to spare,” the email stated. “Every one of us is home, bags packed and ready to work.” 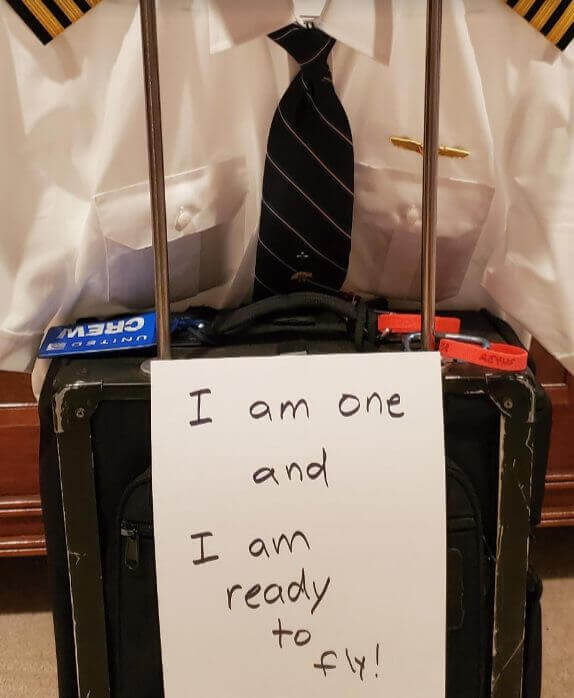 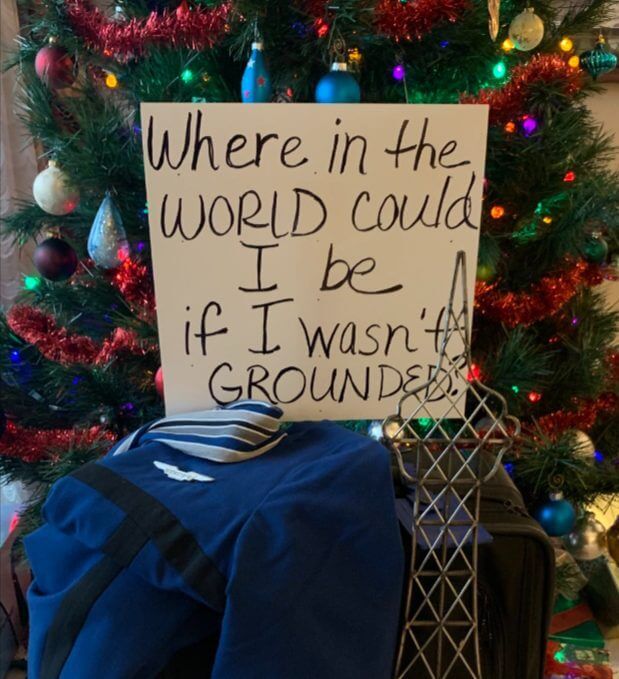 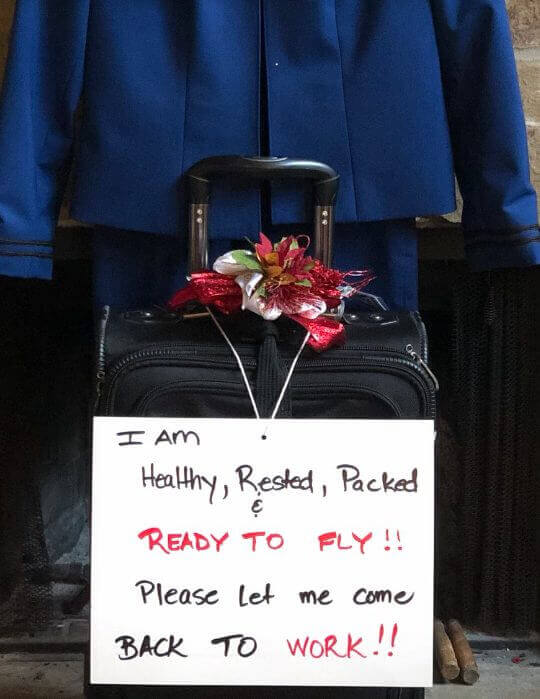 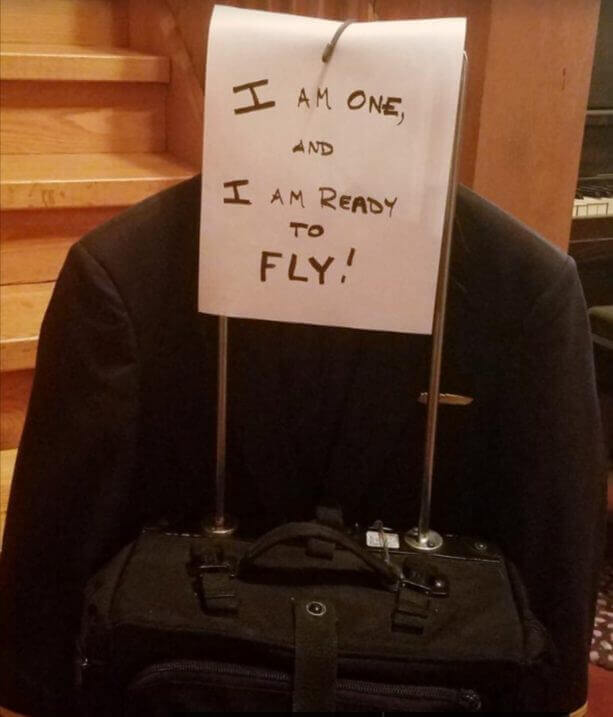