In an eye-opening thread on Twitter last week, retired U.S. Army Lt. Colonel Jim Hickman said that he “verbally reprimanded” Vindman after he heard some of his derisive remarks for himself. “Do not let the uniform fool you,” Hickman wrote. “He is a political activist in uniform.”

Hickman’s former boss at the Joint Multinational Simulation Center in Grafenwoehr has since gone on the record to corroborate his story.

Hickman, 52, says he’s a disabled wounded warrior who served in Iraq and Afghanistan and who received numerous medals, including the Purple Heart.

The retired officer said that Vindman, a naturalized U.S. citizen born in Ukraine, made fun of the United States to the point that it made other soldiers “uncomfortable.” For example, Hickman told American Greatness that he heard Vindman call Americans “rednecks”—a word that needed to be translated for the Russians. He said they all had a big laugh at America’s expense.

Vindman, who serves on the National Security Council (NSC), appeared last week before the House Intelligence Committee and testified that he’d had “concerns” about the July phone call between President Trump and Ukrainian President Volodymyr Zelensky. Vindman’s testimony rested on his negative opinions of the call, rather than any new facts about the call.

Vindman’s former boss, NSC Senior Director for European Affairs Tim Morrison, threw cold water on Vindman’s claims in his own testimony later in the week, saying he didn’t have concerns that “anything illegal was discussed” in the phone call.  Morrison also testified that Ukrainian officials were not even aware that military funding had been delayed by the Trump Administration until late August 2019, more than a month after the Trump-Zelensky call.

Hickman said he decided to come forward because Vindman “disobeyed a direct order from the commander-in-chief, his boss,” made his testimony “about his foreign policy opinions versus facts,” and “wore his Army service uniform to make a political statement” against the president.

“Then right on cue, the mainstream media began calling him a war hero with a purple heart, and completely beyond reproach,” Hickman wrote in a statement to American Greatness and another journalist. “Knowing his political bias, backed by his somewhat radical left-leaning ideology, it was my obligation, indeed my duty, to come forward with this information. I couldn’t go to the same mainstream media to put it out, nor could I go to the Army, as they’re backing Vindman, so I took to Twitter, a source for getting the truth out,” he added.

According to Hickman, Vindman was the Defense Department attaché at the Russian embassy in Germany when he met him in 2013. He told American Greatness that he also met Vindman’s twin brother Lt. Col. Yevgeny Vindman while he was stationed in Germany.

“I know LTC Alex Vindman from a Combined US-Russian exercise called Atlas Vision [13] in Grafenwoher,” Hickman wrote on Twitter. “He worked with the Russian Embassy and I was assigned to the JMTC (Joint Multinational Training Command), within USAREUR (US Army Europe). He worked coordination w/the Russian 15th Peacekeeping Brigade, and I was in charge of all Simulations planning, as well as assisting the USAREUR Lead Planner as the Senior Military Planner.”

Hickman provided American Greatness with a picture of himself and his wife while he was on vacation in Venice during that time period. 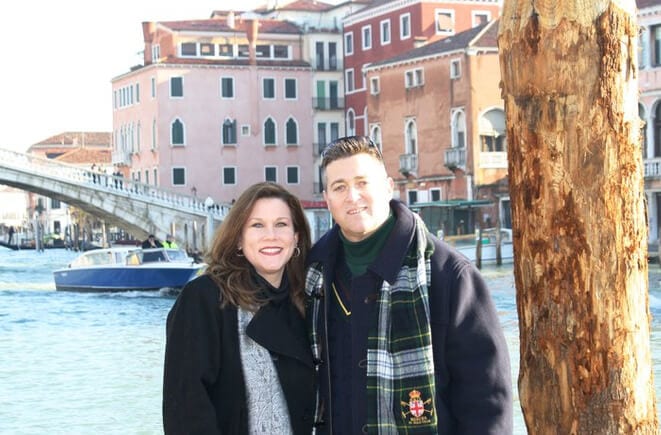 He noted that he and Vindman had “interacted on several different occasions throughout the planning cycle, but it was during the actual execution of the exercise that we had an issue relevant to his recent testimony.”

Hickman said he had pretty much forgotten about Vindman until recently.

“When I saw him, and understood what he was trying to accomplish, I knew immediately he was involved in this mess as a partisan Democrat,” Hickman said in his statement.

He explained on Twitter that Vindman, who was a major in 2013, sat in on the US-Russian exercises that were conducted in “Virtual Battle Simulations 2 (VBS2) classrooms simulation.”

According to Hickman, Vindman spoke with “U.S. and Russian Soldiers, as well as the young officers and GS employees about America, Russia, and Obama.”

He was apologetic of American culture, laughed about Americans not being educated or worldly, & really talked up Obama & globalism to the point of (sic) uncomfortable.

He would speak w/the Russian Soldiers & laugh as if at the expense of the US personnel. It was so uncomfortable & unprofessional, one of the GS [civil service]employees came & told me everything above. I walked over & sat w/in earshot of Vindman, & sure enough, all was confirmed.

One comment truly struck me as odd, & it was w/respect to American’s falsely thinking they’re exceptional, when he said, “He [Obama] is working on that now.” And he said it w/a snide ‘I know a secret’ look on his face. I honestly don’t know what it meant, it just sounded like an odd thing to say.

Regardless, after hearing him bash America a few times in front of subordinates, Russians, & GS Employees, as well as, hearing an earful about globalization, Obama’s plan, etc., I’d had enough. I tapped him on the shoulder & asked him to step outside. At that point I verbally reprimanded him for his actions, & I’ll leave it at that, so as not to be unprofessional myself.

The bottom-line is LTC Vindman was a partisan Democrat at least as far back as [2013]. So much so, junior officers & soldiers felt uncomfortable around him. This is not your professional, field-grade officer, who has the character & integrity to do the right thing. Do not let the uniform fool you…he is a political activist in uniform. I pray our nation will drop this hate, vitriol & division, & unite as our founding fathers intended!????????

Thomas Lasch, Hickman’s boss at the time, corroborated his story on Twitter.

“Jim, I remember exercise ATLAS VISION and this incident. I was your Boss at the time and was satisfied when you told me that you ‘took care of it’ (meaning then MAJ Vindman’s disparaging comments about the U.S. to the Russians ) and I just put things together this past week,” Lasch tweeted.

Jim, I remember exercise ATLAS VISION and this incident. I was your Boss at the time and was satisfied when you told me that you "took care of it" (meaning then MAJ Vindman's disparaging comments about the U.S. to the Russians ) and I just put things together this past week.

Lasch is a highly respected simulation strategist at the Joint Multinational Simulation Center in Grafenwoehr, Germany where he is responsible for the “Live Virtual Constructive and Gaming simulation program for all U.S. Forces in Europe.”

Lasch vouched for Hickman in a second tweet: “Everyone on this thread should know that Jim Hickman’s patriotism and honesty is unparalleled. He is one of my personal heroes.” He added: “This is not about Trump! This is about an officer [LTC Vindman] that is disloyal to the United States of America.”

American Greatness was able to reach Lasch through his LinkedIn account. He verified that the recently established Twitter account in his name vouching for Hickman was indeed his.

In his statement, Hickman explained why Lasch remembered the incident with Vindman: “I did question his patriotism to our nation, and the lack of respect given to Americans in general. I was indeed furious and that’s most likely why my boss Tom Lasch remembers it so clearly.”

“I corrected him solely as a superior officer witnessing a junior officer doing something wrong,” Hickman explained. “We as officers are not supposed to talk about our political leanings, especially in front of subordinates, and never are we to talk down about Americans and our culture.”

Hickman further explained to American Greatness that Vindman spoke favorably of the United Nations, and appeared contemptuous of Americans who didn’t appreciate the U.N.  Vindman, Hickman said, believed that “the U.N. should have broader powers” and “talked about how the American people weren’t worldly.”

He noted that Vindman actually used the word “globalism” during the conversation and “talked about American culture versus European culture,” unfavorably, essentially suggesting that “the U.S. has no culture.”

Hickman also told American Greatness that Vindman talked about “Obama changing America” and that it reminded him of Obama’s infamous “Fundamentally transforming America” speech of October 2008.

The former officer stressed that he was not seeking recognition or praise but instead, “to just get the facts and truth out that are relevant to the current situation.”

Hickman said in his statement that he began his Army career in military intelligence and was commissioned in 1996 as a field artillery officer.

He retired from the service in 2017 and now resides near Tampa, Florida. 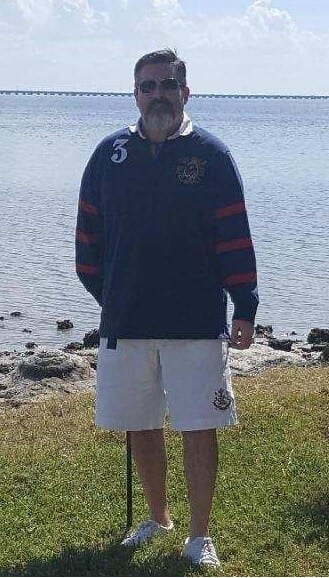 President Trump hinted on Saturday that more would soon be coming out about Lt. Col. Vindman’s partisan nature when a reporter asked him if he regretted calling Vindman a “NeverTrumper.”

Trump answered cryptically: “Well you’ll be seeing very soon what comes out and then you can ask the question in a different way.”

Here I asked the president, as Commander in Chief do you regret calling Lt Col. Vindman a “Never Trumper?” His response: “Well you’ll be seeing very soon what comes out and then you can ask the question in a different way.” pic.twitter.com/0DECbkConm

Trump was asked about Vindman again on Sunday. “We’ll be showing that to you real soon, okay,” he responded.

Reporter asks President Donald Trump today: “Sir, what evidence do you have that Colonel Vindman is a Never Trumper?”

Trump responds: “We'll be showing that to you real soon. Okay?” pic.twitter.com/QcfyZATMhF