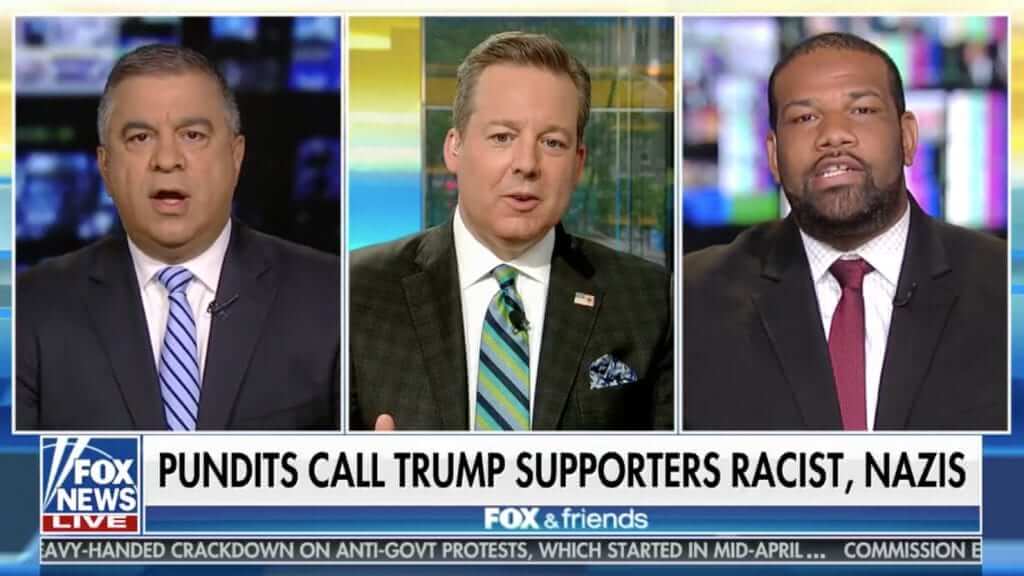 Fox News suspended contributor David Bossie for allegedly making a racially tinged remark toward Joel Payne, a Democratic “strategist” who happens to be black. Here’s the exchange, as recounted by The Daily Beast:

“You don’t have to be a golden retriever to hear all the dog whistles coming out of the White House these days and from my friend David here,” Payne said, mid-debate.

Amid the ensuing crosstalk, Bossie fired back with a dog whistle of his own: “You’re out of your cotton-picking mind.”

“I have some relatives who picked cotton,” an infuriated Payne responded, “and I’m not going to sit back and let you attack me on TV like that.”

Ah . . . this is the world in which we live. Bossie apologized, tweeting: “During a heated segment on Fox & Friends today, I should have chosen my words more carefully and never used the offensive phrase that I did. I apologize to Joel Payne, Fox News, and its viewers.”

I don’t purport to be a mind reader, but everyone can sorta-kinda guess what Bossie really wanted to say but didn’t . . . right?