Teen Vogue, the leading journal of #TheResistance, has a feature lauding the ideas and intellectual contributions of Karl Marx (whose 200th birthday was last week).

Read that again. Teen . . . freaking . . . Vogue, which turned hard left after the 2016 election, is now touting the virtues of Marxist “thought.”

“While you may not necessarily identify as a Marxist, socialist, or communist,” Danielle Corcionne helpfully instructs, “you can still use Karl Marx’s ideas to use history and class struggles to better understand how the current sociopolitical climate in America came to be. Instead of looking at President Donald Trump’s victory in November 2016 as a snapshot, we can turn to the bigger picture of what previous events lead us up to the current moment.” The piece is full of sanitized junk like that.

Let’s dispense with the happy horse pucky, shall we? Marx was a racist and an antisemite. His idea of “liberation” led to the deaths of some 100 million people. “Marx may or may not have anticipated the scale of the slaughter to come,” writes Andrew Stuttaford, “but he understood perfectly well that mass murder was part of the package.” 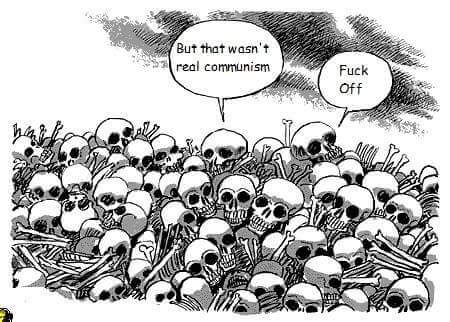