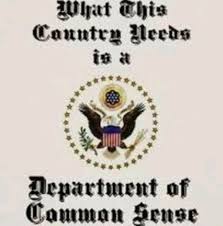 They’ve thrown the kitchen sink at him–whether it’s the entirety of the Washington Post editorial page or the New York Times, whether it’s CNN or MSNBC, whether it’s the mainstream culture that sneers and smirks at those who support him, whether it’s his tax returns, or his “hot mic” comments of yore.  The clear cultural and political theology of the day is to be anti-Trump or NeverTrump.  And yet.

In the three states that pollsters tell us matter most, the race is close to margin-of-error:  In Florida, Ohio, and Pennsylvania, Hillary Clinton’s average, current lead is about 4 points.  An alien landing on earth would look at all the anti-Trump news and commentary and ask the same question Hillary Clinton recently asked, “Why isn’t she ahead by fifty points?”  It’s not her negatives, or his–it’s something else.

For years, we have been assured by conservative think-tankers, strategists, and office-holders that America is, or still is, “a center-right” country.  I’ve doubted that for some time, thinking it was self-assurance based on little reality.  At a certain point, the cultural controls come to matter.  Take four:  the elementary and secondary education system, the universities, Hollywood (or entertainment generally), and the corporate board room.  At a certain point, do they not so affect the country that it becomes actually difficult to find a conservative institution at all?  Would a “center-right” country put aside a war hero and moderate like John McCain in favor of an unknown progressive like Barack Obama?  Would a “center-right” country put aside a serious businessman and moderate like Mitt Romney in favor of  a known progressive who was actually more liberal than most thought four years prior?

In all the talk of Trump having ruined or changed the Republican party or conservative movement, or, if elected, that he will ruin or change the Republican party and conservative movement, something has been lost in the analysis.  Donald Trump is running for something beyond the party and movement.  This is why Charles Kesler could recently say that “For Donald Trump, policies are second order questions….he is running to make America great again.”  Consider, after all, the great cultural debates of not just the last five or ten years, but the last twenty to thirty:  multiculturalism and political correctness, sovereignty, terrorism, trade policy.

They have all been at a low boil for decades, with few candidates on our side of the aisle ever wanting to even talk about them.  Yet combine them all and you see a downward trajectory where none ever get addressed or improved and the cultural conditions of America continue to weaken by the day.  They never get addressed because the cultural institutions have adopted a unified and hardened response against common sense or American primacy.

Americans killed in Benghazi?  Terrorism in Orlando, San Bernardino, Fort Hood ?  China and Russia becoming the new world powers?  Toleration of this is unarticulated endorsement of something from a country that not only thinks it is no longer great but doesn’t deserve to be great.  And that is the legatee of political correctness and multiculturalism.  It’s a sense that maybe the foreign grievances against the United States have a claim or purchase.  A sense that maybe the American century of cars and moonshots and invention and global leadership is not just coming to an end but coming to a just end.

After all, why be sovereign or care about our borders if there’s nothing special or important to protect anyway?  Why talk of greatness if we now take the view that such superlatives belong to others as well as–if not instead of–ourselves?  When fancy phrases like “transnational progressive” are used, this is what it means.  And when transnational progressives keep getting elected President of the United States and run the cultural monoliths from education systems to entertainment to corporate America, surrender has just about finally hardened.

Just about.  For those not yet willing to give it all up, hand it all over, surrender, there are still Americans (not in name but belief).  And they hear and see something in Donald Trump that is about something bigger than “second order” questions.  David Gelernter put it this way:

Mr. Trump’s candidacy is a message from the voters. He is the empty gin bottle they have chosen to toss through the window. The message begins with the fact that voters hear what the leaders and pundits don’t: the profound contempt for America and Americans that Mrs. Clinton and President Obama share and their frightening lack of emotional connection to this nation and its people.

Perhaps it takes a strong cultural icon to be the iconoclast Americans have been silenced into wishing for.

The truth is sadly close to this:  If America can turn away from a McCain or a Romney, and in both cases in favor of a transnational progressive who went from extreme to more extreme, it may not have another chance.  Hillary Clinton, after all, is not a more moderate Obama but a more skillful one.  But with all at stake, enough voters, enough Americans, may just be hearing what the pundits do not–after all, those pundits listen to, and know only the language of, the cultural institutions who surrendered to progressivism a long time ago.  They agree with the progressive agenda because they were brought up and raised in it.  They see hold-outs as uneducated or unsophisticated.  And oddly enough, but importantly, too many conservative pundits buy into and accept the New York Times and CNN narratives, with a feeling that they need to be appeased because they actually are right, or smarter.  The mainstream has worked its magic on too many conservatives and Republicans, putting our spokesmen on the continual defensive and cowing them into a political inferiority complex.  Too many of us think what they think is more important than what the customers at the Tin Lizzy Tavern think.  This is yet another example of the “conservative Stockholm Syndrome.”

But the language of the editorial boards and mainstream news organizations is, in fact, a new language.  Sophisticated.  Dominant.  But new.  And to many, the language of Donald Trump is at once unsophisticated, common, and yet, when not vulgar, refreshing from a political candidate.  If America is, indeed, still “center-right,” it begins with an understanding that Americans and America still matter, and matter more than anyone or anywhere else.  And that understanding realizes we don’t have another eight years to fiddle with it.