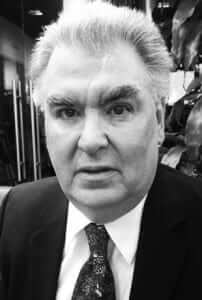 Michael Walsh is an acclaimed novelist, music critic, and screenwriter now filling the role of prophet.  He joined us on the show to discuss his excellent

book, The Devil’s Pleasure Palace: The Cult of Critical Theory & The Subversion of the West.  In a fascinating conversation we somehow never got to discuss the book directly, so focused were we on the manifold examples of the subversion of the West that we see around us, in particular those within American conservatism itself.

Here’s a telling excerpt from the book:

When everything could be questioned, nothing could be real, and the muscular, confident empiricism that had just won the war gave way, in less than a generation, to a fashionable central-European nihilism that was celebrated on college campuses across the United States. Seizing the high ground of academe and the arts, the new Nihilists set about dissolving the bedrock of the country, from patriotism to marriage to the family to military service; they have sown . . . “destruction, division, hatred, and calumny” – and all disguised as a search for truth that will lead to human happiness here on earth.

A prolific and insightful writer, many listeners are probably familiar with Walsh’s work.  Not all great writers can do great radio.  Michael can.  In a candid discussion of crisis facing the American Right – the civil war that is either brewing or has broken out depending on whom you ask – Walsh offered a key insight: Much of the most intransigent opposition to Donald Trump and to the agenda he represents comes from conservatives under 50.  This means that the oldest in the cohort cast their first vote for president for George H.W. Bush.  They were born into the embarrassment of riches bequeathed to conservatives by the Reagan years and thought that was normal.  They have the entitled, aloof outlook common to the heirs of great fortunes and like so many of them, they are busy squandering their inheritance.  Shirt sleeves to shirt sleeves in 3 generations, as they say.

You can hear the whole discussion with Michael Walsh below.