An article at the Claremont Review of Books by John Marini, the scholar who literally wrote the book on the ways the administrative state is destructive to the possibility of self-government, deserves wide attention and careful analysis.  This post will be the first in a series attempting to provide some of that. 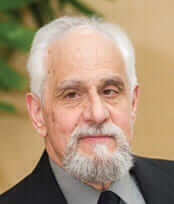 The central problem of American politics in the present moment is that:

“Since the end of the Cold War, American leaders have understood their offices in terms of global and administrative rule, rather than political rule on behalf of the American people and the sovereignty of the American nation. “

In other words, the possibility of real politics–the kind where citizens make decisions about has been co-opted by administrative experts.  It has been replaced, instead, with what amount to political bread and circuses.  This realization is only now beginning to crystallize in the minds of an American electorate which has been engaged for decades in proxy wars within the culture and, only at the periphery, within politics.  Whether we were fighting over drugs, the sexual revolution, race, faith in the public square, tax policy, economic justice, or the size of government, they amounted mostly to distractions advanced and litigated by our various factions and interest groups. They pulled our attention away from this central question of legitimacy. As we watched or participated in these groups competing for oxygen in the crowded space of the American media-political complex, few realized that the administrative state was growing more powerful and crowding out the citizen sovereign. We satisfied our political itch but did not do much that properly could be called politics.

This is because increasingly, the lines drawn between the consent of the governed (i.e., American citizens) and the laws that govern us are hazy. Citizens know that their status and identity as Americans is now considered secondary to their more particular identity groupings.  Their membership in interest groups, competing as they do for raw power and a presumed (but elusive) ability to stir the drink, means more to our elites than their status as Americans. Politicians don’t work to serve the common good.  They work to satisfy those who advance their positions of power and influence over us.  So it is that the things that divide us now distinguish us.  And voters are finally beginning to realize that all of their so-called political battles are mainly just a pathetic competition for the scraps of power our betters are willing to throw at us.  As Marini puts it:

“Bureaucratic rule has become so pervasive that it is no longer clear that government is legitimized by the consent of the governed. Rather it is the consent of the various national—and often international—social, economic, political, and cultural interest groups that determine the outcome of elections.”

Our elections now have become a species of reality show or beauty pageant.  Under these conditions, why not have a reality show star and beauty pageant sponsor as a candidate?  We are never more united as Americans, it seems, than in our voracious appetite for consuming this entertainment.