HUSTINGS, MIDDLE AMERICA—The Left’s celebrated pied piper, former President Barack “Buzzy” Obama, will be taking his “sweet vibrato” to the hustings to sing the praises of lagging Democratic candidates. Gone will be his past renditions of “For You Blue” and “Am I Blue?” Channeling his inner Al Smith, this post-Millennial “Happy Warrior” will be crooning covers of “Happy Days Are Here Again,” “Don’t Bring Me Down,” and other upbeat toe-tappers at Democratic campaign rallies along his “Endless Swan Song Tour” throughout swing states such as Michigan, Georgia, and Wisconsin. 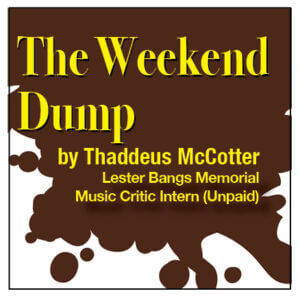 Given the lackluster results of past swing states tours in 2010 and 2014 to promote his seminal double disc, “Buzzy Blows His Own Horn: The White House Sessions,” some question whether embarking on his new tour and changing his tune are sound decisions.

During a recent podcast, Buzzy (a.k.a., “The Pied Piper of America’s Fundamental Transformation”), gave a dress rehearsal by performing some of his new, upbeat renditions for some of his adoring fans. As is his wont, Buzzy’s musical stylings were about, well, style over substance. As bootlegged by his harshest critic, Fox News, Buzzy intoned:

‘My family, my kids, work that gives me satisfaction, having fun,’ Obama told the ‘Pod Save America’ podcast on Friday. ‘Hell, not being a buzzkill. And sometimes Democrats are. Sometimes people just want to not feel as if they are walking on eggshells, and they want some acknowledgment that life is messy and that all of us, at any given moment, can say things the wrong way, make mistakes.’

Buzzy’s ringing endorsement of kinder, gentler struggle sessions from leftist indoctrinators may give the illusion that he’s straying from his radical roots. But Buzzy was quick to ensure that his tittering fans didn’t fret, riffing about how sometimes the Democrats are just too darn smart for their own electoral good.

‘I think we do get into trouble. Look, I used to get into trouble whenever, as you guys know well, whenever I got a little too professorial and, you know, started . . . when I was behind the podium as opposed to when I was in a crowd, there were times where I’d get, you know, sound like I was giving a bunch of policy gobbledygook.’

Buzzy belting out professorial “gobbledygook?” His humility is as endearing as his selflessness. Obviously, Buzzy was taking the hit to protect his former session musician, Joey “The Big Guy” Biden, who played the bagpipes on such smash hits, as “You Can Keep Your Doctor,” and “We Bring a Gun.” Despite Buzzy’s guiding hand, the Big Guy’s solo career has hit a rough patch, croaking out such duds as “Lying Dog-Faced Pony Soldier,” “Take the Money and Run (for President),” and the family reunion dirge “We Are Family/Shake Your Boodle” medley (with special guests Hunter Biden on balalaika and Jim Biden on zither.) And, however cruel, one is compelled to mention the discordant dumpster fire that is the Big Guy’s dismally downloaded rap opera, “Strong as Hell: A Paean to Bidenflation.”

Of course, right-wing wags will spread the disinformation that Buzzy and the Left’s problem isn’t that people don’t understand their policies but that people do. Undaunted by such cretinous scolds, Buzzy stays mellow in the teachable moment, providing the formulaic inspiration behind how he crafted his new tune to resonate with his collective fan base: “And that’s not how people think about these issues. They think about them in terms of the life I’m leading day to day. How does politics, how is it even relevant to the things that I care the most deeply about?”

Admittedly, it is odd Buzzy felt compelled to remind Democratic candidates to care about—or at least appear to care about—issues affecting voters. With a plethora of societal ills, like inflation, crime, and a host of others being exacerbated by The Big Guy and his Congressional session players, one might be tempted to think Buzzy’s Democratic Party is desperately out of touch with Americans. Perish the thought. Anyway, no problem is too big to be solved by Buzzy’s rousing rendition of “Don’t Worry, Be Happy.”

Further “Endless Swan Song Tour” dates may or may not be announced. One stop, however, will likely be skipped—Peoria, Illinois, for it is already Prussian blue. Just as well, for the good people of Peoria. Who wants to be around when Buzzy and his tone deaf leftist fan base rudely discover that the ultimate buzzkill is reality, when the voters tune you out?