During his first 100 days, “President” Joe Biden will be ambitiously spending every dime of taxpayers’ money he can find to heal the nation. But he has not forgotten one key constituent: Goddess Gaia who, angry over the earth having a fever, is threatening humanity with a climate apocalypse.

Well acquainted with greed, Mr. Biden understands Goddess Gaia can’t be bought. But, like Iran, she can be appeased. 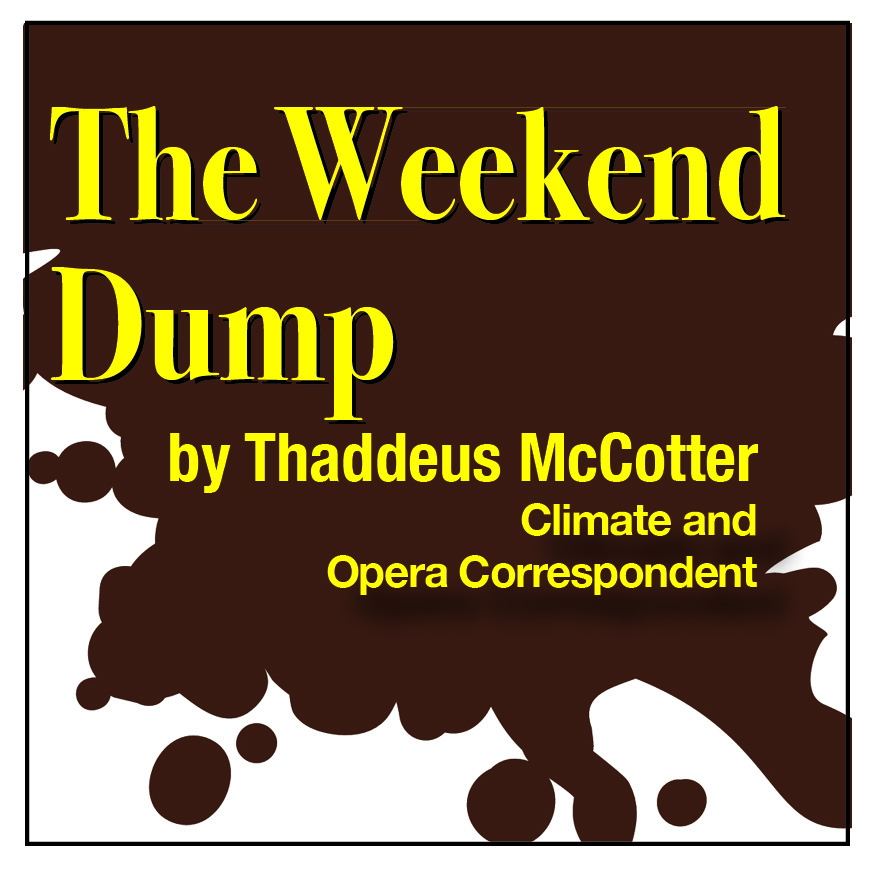 Ergo, Mr. Biden will summon a convocation of the Clergy of Climate Change to devise a plan to sate Goddess Gaia and save the planet. This diverse and inclusive credentialled assemblage will be comprised of high priestesses and priests who have proven their faith in neo-pagan earth worship by displaying the cognitive dissonance needed to dismiss all the countervailing science and history regarding their creed that has occurred since the first warnings of an impending “new Ice Age.” With all due alacrity (after stealth trips home during the pandemic to visit relatives), these climate change clerics will enunciate the measures to be imposed that will promote the common good; sate Goddess Gaia; and save the planet.

According to BS News’ anonymous sources with knowledge of the plan, these measures are expected to include the human sacrifice of U.S. Representative Devin Nunes (R-Calif.) on Mount Shasta. An SUV with Nunes chained behind the wheel will be dragged up the summit by a team of former Deplorable Trump supporters as part of their reeducation at the Robert Reich “Truth and Reconciliation Amusement Park.” Thus, no carbon emissions other than the ex-Trump supporters will be expelled during the festive ritual.

The SUV was chosen as a symbol of the “dystopic Industrial Revolution that brought nothing but misery and electricity to the world.” Nunes, expected to be designated due to his dairy farming and irredeemable climate change and Russian collusion denials, will humanely be stunned, in accordance with the European Union animal welfare regulations. All participants shall be masked, including Nunes.

The ceremony will be officiated by “Vice President”/High Priestess Kamala Harris, who praised the Clergy of Climate Change’s selection of Nunes.

“Hurling Devin Nunes into the molten hot lava of Mt. Shasta is the only way we can have a chilling effect on the climate denial upsetting Goddess Gaia.”

When informed Mt. Shasta is not an active volcano, Harris was quick to note: “The science is settled. Goddess Gaia has spoken!”

Nunes was unavailable for comment, having already been humanely stunned by Dr. Jill Biden.

The appeasement of Goddess Gaia will be held at midnight Pacific Time, well after (or is it before?) Mr. Biden’s 9a.m. lid.

And, in an exclusive deal with former President Barack and First Lady Michelle Obama’s production company, the sacrificial appeasement of Goddess Gaia will be streamed live on Netflix. Afterward, footage will be provided to all major networks (except Fox News) and every K-12 school district for further propagation of the climate change creed.

Reached at an intimate dinner with Bill Gates during this most recent “Climate Change Moment,” Dr. Anthony Fauci sounded guardedly optimistic of the human sacrifice’s success. “There’s no herd immunity for our climate emergency. It certainly can’t hurt to plop Nunes in a volcano, especially if it scratches Goddess Gaia’s itch,” Fauci said.

Nonetheless, the Biden Administration’s Clergy of Climate Change, the Centers for Disease Control, the Department of Justice, the Federal Bureau of Investigation, the Department of Homeland Security, and the Central Intelligence Agency ask all patriotic Americans to inform them of other complicit Trump enablers suitable for human sacrifice, should the offering of the SUV and Nunes prove insufficient to appease Goddess Gaia.

“I’m going to tell it to you straight. Climate change is our planet’s COVID-19,” someone tweeted on the verified account of Joe Biden, sagely adding how “time keeps on slipping, slipping, slipping into the future.”

It does, indeed—like an SUV slipping down the walls of Mt. Shasta.