Joe Biden has hit a new low in the latest Quinnipiac University National Poll, with a mere 31 percent of Americans approving of the job he’s doing, and 60 percent disapproving. 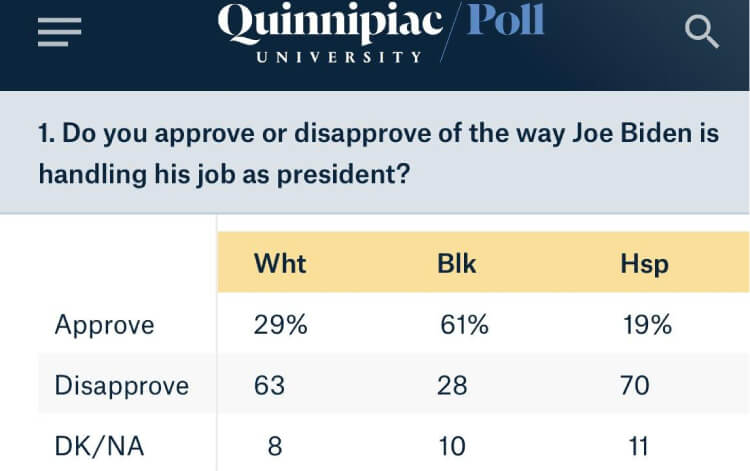 Biden also scored abysmally low on his handling of a number of issues.

Biden continues to work hard to earn his low marks on the economy.

Amid the nation’s inflation woes, he announced on Wednesday new executive steps to combat the “climate emergency” (summer), including $2.3 billion in funding for a program that will help low-income families cover heating and cooling costs.

Biden’s term in office has been marked by a series of self-inflicted disasters and failures, including his botched withdrawal from Afghanistan, the ongoing COVID pandemic that he promised to end, out of control inflation, high gas prices, the border crisis, executive overreach, his increasingly authoritarian behavior, intentionally divisive policies, his declining mental state, and the looming threat of a recession.