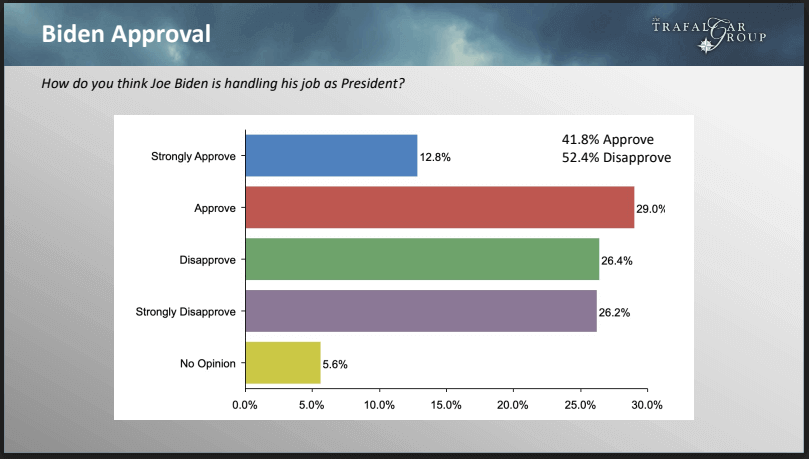 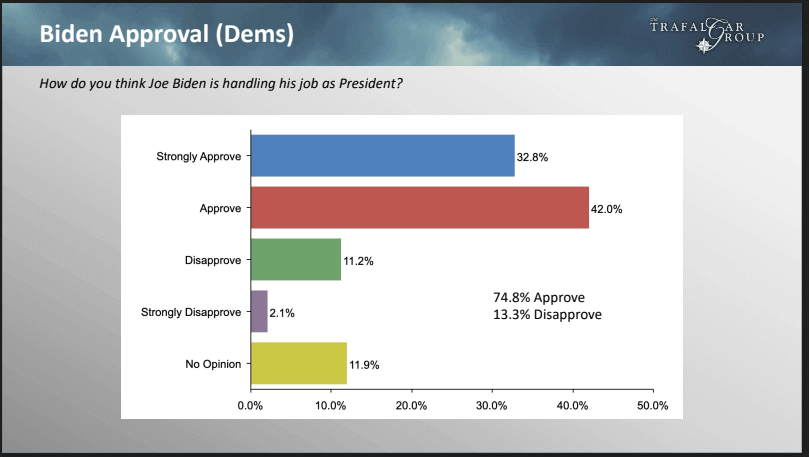 Republicans continue to disapprove of Biden’s performance, with 92 percent saying so. 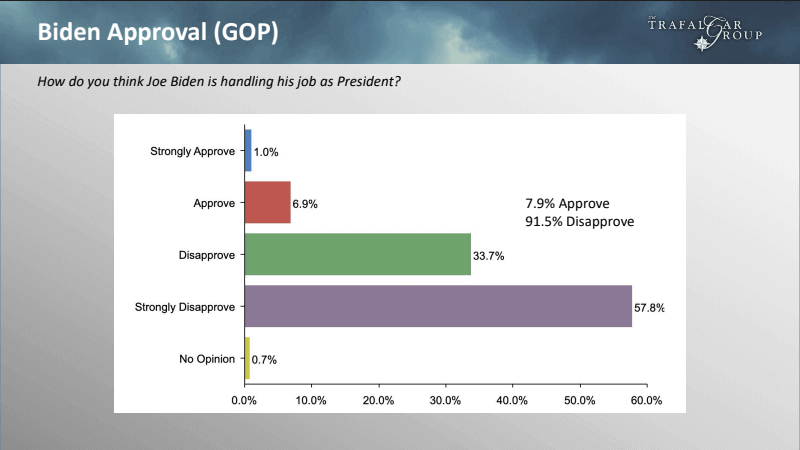 Among non-affiliated or independent voters, half, 51.1 percent, disapprove of Biden. 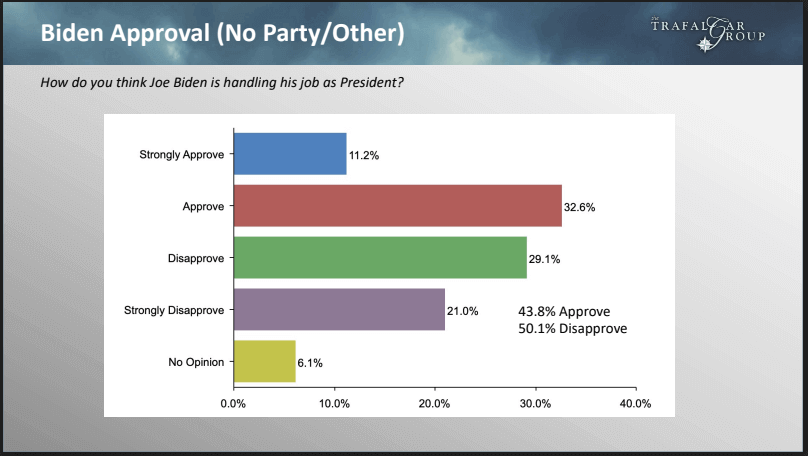 The Trafalgar numbers are in line with what other polls are reporting. A recent Reuters/Ipsos poll has Biden’s job approval underwater with 49 percent disapproving and 45 percent approving. An Economist/YouGov poll found the same results.

The Trafalgar poll was conduct on 3/8-3/9 among 1080 likely general election voters with a 3% margin of error.