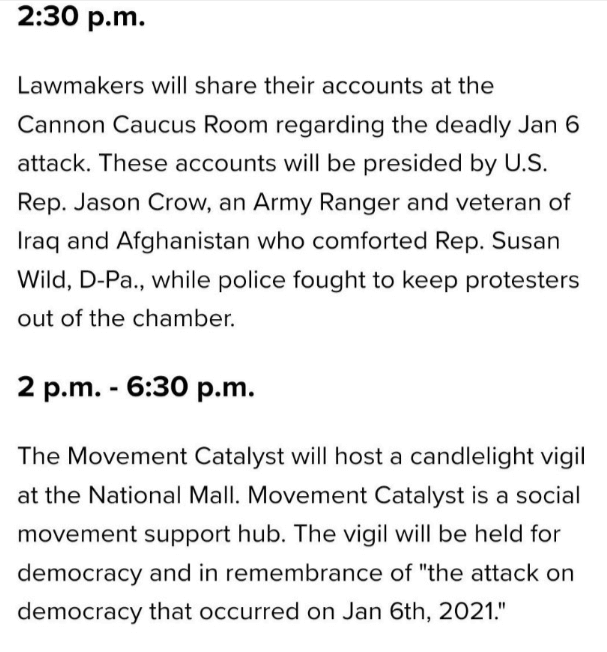 Butler and Young are organizers with the antifa-linked group Shut Down DC, which conducted demonstrations blocking roadways in Washington, D.C. in 2019, and planned to disrupt Trump’s inauguration in 2021.

Both have decades of far-left community-organizing experience, according to Shideler, the director and senior analyst for homeland security and counterterrorism at the Center for Security Policy.

Butler’s “direct actions” go all the way back to 2001, when as a member of the “Justice Action Movement,” she helped organize the disruption of President Bush’s inauguration.

A year later, she assisted in organizing violent IMF protests, where agitators targeted multiple locations throughout the city, and threw rocks and smoke bombs at police. Their assault on the city led to over 600 arrests.

Shideler and national security expert David Reaboi warned of the left-wing agitators’ plans to disrupt Trump’s inauguration in a piece about the “Antifa Industry at Work” in American Greatness before the 2020 election.

“Shutdown DC” was founded in 2019 “as a coalition of DC-based direct-action groups, initially launched around the climate change agenda, and focused primarily on agitating for the Green New Deal,” Shideler and Reaboi wrote. “The group was sponsored by All Out DC, a local Antifa group with a professed objective of, according to its Twitter profile, ‘Burn Down the American Plantation.’”

In September of 2019, Shutdown DC organizers tried to bring “the whole city to a gridlocked standstill,” targeting “key infrastructure” that was “likely to have the biggest impact on District residents’ and commuters’ ability to get around,” according to the group’s website.

“Participants are targeting heavily-trafficked intersections and streets, Butler told the Washington Post.  “Our goal is to bring the city to a standstill … there will be people throughout the city focusing on making that happen,” Butler said.

The Shut Down DC coalition includes activists from a wide range of climate and social justice organizations — more than two dozen at last count, according to Butler. Participating groups include Black Lives Matter DC, Code Pink, Metro DC Democratic Socialists of America and Werk for Peace.

A year ago, agitators from Shut Down DC held a demonstration outside Sen. Josh Hawley’s (R-Mo.) Virginia home, terrorizing his wife and child. The agitators held candles, waved signs, screamed at Hawley’s family through megaphones, and even went up to the Hawley’s front door at one point. “Protesting outside a residence is a misdemeanor under Virginia state law,” the Washington Free Beacon noted at the time.

Hawley said on Twitter that “Antifa scumbags” threatened, vandalized, and pounded on his door while his wife and baby were inside

“Tonight while I was in Missouri, Antifa scumbags came to our place in DC and threatened my wife and newborn daughter, who can’t travel,” Hawley wrote. “They screamed threats, vandalized, and tried to pound open our door. Let me be clear: My family and I will not be intimidated by leftwing violence.”

Ahead of the 2020 election, Shut Down DC  held a planning call with legendary anarchist organizer Lisa Fithian, in which “they discussed occupying government buildings in the event Trump should win,” Shideler wrote.

Fithian played a big role in the Disrupt J20 effort to turn Trump’s Inauguration Day ceremony into a “clusterf-ck.” She is also infamous for her roles in the 2008 Republican National Convention, Occupy Wall Street and the Black Lives Matter protests in Ferguson, Missouri.

In 2020, Shut Down DC planned to “take to the streets” beginning on Election Day to protest a potential Trump victory.

On his website, Young detailed “Where and How” the election chaos would play out, warning, “those of us who are committed to seeing Donald Trump removed from office should start organizing now to fight back against the Trump administration’s systematic efforts at voter suppression, hit the streets in key states where election outcomes are likely to be contested, and be ready to take bold direct action to bring Washington, DC to a standstill if Trump refuses to concede.”

The language is identical to that which appears in Shut Down DC’s “Timeline to a Meltdown,” highlighting the perceived need to “take to the streets” in response to an apparent Trump victory on election night. It is not clear whether Young or his group envision any scenario in which President Trump is reelected fairly—or whether such a victory would influence his commitment to seeing him removed from office.

But because the election was rigged, Joe Biden was elected, and there was no need for the left to violently “melt down” DC.

Instead, thousands of Trump supporters “took to the streets” on January 6 to protest the outcome of the election, and the protest devolved into a riot.  Now a year later, the same left-wing agitators who planned to do likewise if the election hadn’t gone their way, have organized “candlelight vigils” to mark the solemn day the “rightwing insurrectionists” besmirched the Capitol.

“This Democracy Vigil stunt really shows how cynical the left has been regarding this January 6th anniversary,” Shideler told American Greatness. “A group, led by someone like Butler who made her name disrupting presidential inaugurations, is trying to gin-up crocodile tears about a rowdy and aggressive protest and we’re supposed to forget about the left’s own history of political disruption?” 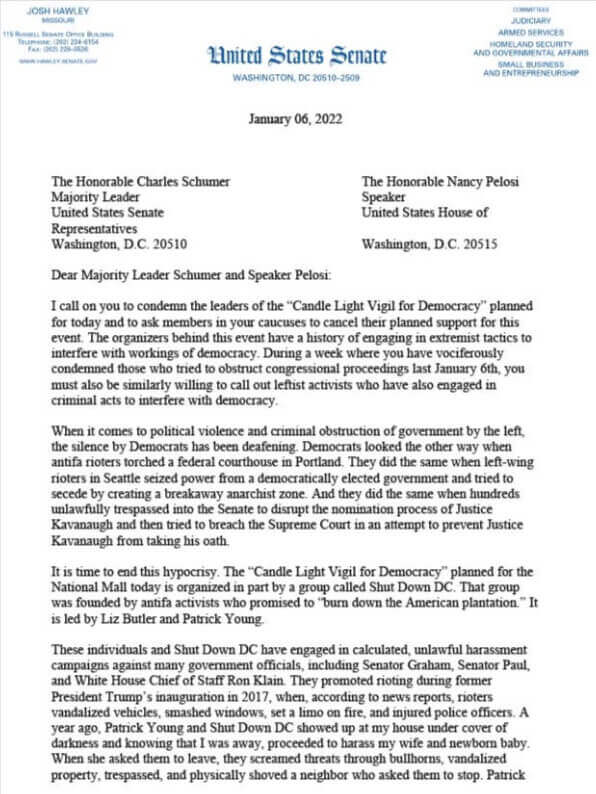 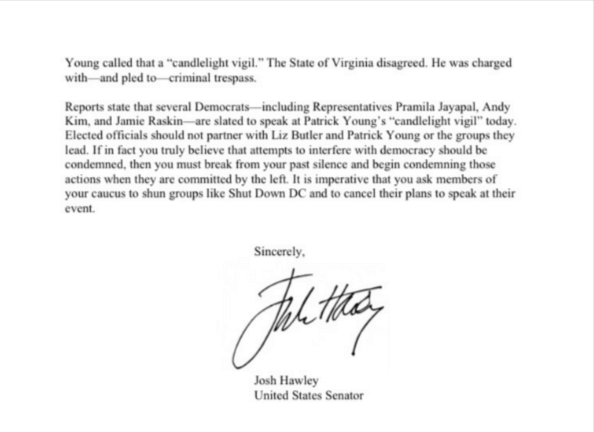