In Green Bay, a Democrat activist was actually given keys to the room where absentee ballots were stored before the 2020 presidential election.

The city received a total of $1.6 million in grant funding from the Zuckerberg-funded Center for Tech and Civic Life, according to Wisconsin Spotlight. A Democrat operative from New York named Michael Spitzer-Rubenstein became a “grant mentor.” 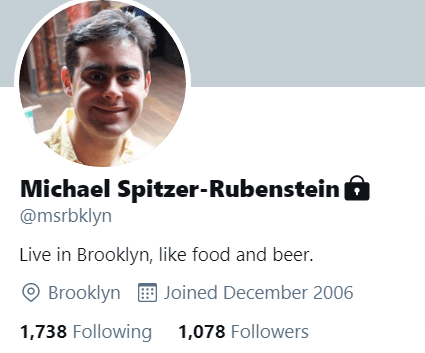 Spitzer-Rubenstein was the Wisconsin head of the left-wing National Vote at Home Institute, and has worked for several Democrat Party candidates.  The Democrat mayor’s office gave the liberal activist access to Green Bay’s absentee ballots just days before the election.

The Wisconsin Spotlight’s report has prompted several Wisconsin lawmakers to call for the resignation of Green Bay’s mayor, and for an investigation into the city’s handling of the November presidential election.

According to the report, the emails show that Green Bay’s “highly partisan” Democrat Mayor Eric Genrich and his staff usurped city Clerk Kris Teske’s authority and let the Zuckerberg-funded “grant team” take over in “a clear violation of Wisconsin election statutes.”

And the liberal groups were improperly insinuating themselves into the election system and coordinating with what became known as the “Wisconsin 5,” the state’s five largest communities that split more than $6 million in Zuckerberg money.

The agreement Green Bay and the other members of the “Wisconsin 5” signed “was all about getting the money with conditions, and inviting private corporations [left-wing election groups] to get the election administration they wanted,”  Erick G. Kaardal, Special Counsel for the Thomas More Society, stated during the hearing, Wednesday.

Spitzer-Rubenstein, according to Wisconsin Spotlight, was allowed to essentially become “the de facto city elections chief.”

“If the city clerk doesn’t run them there’s no transparency in the elections,”  Kaardal testified.

The documents show that Green Bay City Clerk Kris Teske initially resisted Spitzer-Rubenstein’s efforts to correct or “cure” absentee ballots returned to her office, but eventually, amidst an intense pressure campaign, gave up.

“Can we help with curing absentee ballots that are missing a signature or witness signature address?”  Spitzer-Rubenstein wrote to Teske in an Oct. 7 email.

The Democrat mayor’s office then began to pressure and bully staffers in the Clerks Office, reducing them to tears and leading several of them to seek new jobs.

“The grant mentors would like to meet with you to discuss, further, the ballot curing process. Please let them know when you’re available,” Celestine Jeffreys, Genrich’s chief of staff, wrote to Teske.

Spitzer-Rubenstein argued that the National Vote at Home Institute had cured ballots before, and thus had a “process” to do so.

“We have a process map that we’ve worked out with Milwaukee for their process. We can also adapt the letter we’re sending out with rejected absentee ballots along with a call script alerting voters (We can also get people to make the calls, too, so you don’t need to worry about it.).”

Teske, at this point, seemed to be losing her patience — and control of her office, the documents show.

Several emails show the city clerk’s growing frustration with the mayor, his chief of staff, the city’s ad hoc elections committee, and the nonprofit interlopers who were making themselves at home in Green Bay election administration.

“As you know I am very frustrated, along with the Clerk’s Office. I don’t know what to do anymore. I am trying to explain the process but it isn’t heard. I don’t feel I can talk to the Mayor after the last meeting you, me, Celestine, and the Mayor had even though the door is supposedly open,” the city clerk wrote to Green Bay Finance Director Diana Ellenbecker in late August. “I don’t understand how people who don’t have knowledge of the process can tell us how to manage the election.”

On Oct. 22, things apparently reached a boiling point. Teske told Ellenbecker that two members of the clerk’s staff wanted to quit, and another was looking for a new job. They were being ignored or bullied by the mayor’s office.

“They call me crying or they say they went home crying,” the clerk said.

“I also asked when these people from the grant give us advisors who is go [sic] to be determining if there [sic] opinion is legal or not,” she wrote in an email to Ellenbecker on July 9. “Every state has different election laws. And this group is from Illinois. They already should have pointed out that additional in-person early voting sites can’t happen because the deadline has passed.”

Eventually, Teske could take no more. On October 22, she wrote in an email she was taking a leave of absence. By the end of the year she had officially resigned to take a similar position with the nearby community of Ashwaubenon.

In Teske’s absence, it appears Spitzer-Rubenstein and his team ramped up their involvement in the upcoming election. The state leader for the National Vote at Home Institute seemed to be everywhere, leading just about every aspect of Green Bay’s election administration.

“Are the ballots going to be in trays/boxes within the bin? I’m at KI now, trying to figure out whether we’ll need to move the bins throughout the day or if we can just stick them along the wall and use trays or something similar to move the ballots between stations,” Spitzer-Rubenstein wrote in an email to city liaison Amaad Rivera two days before the election.

The documents show a city official, after talking with someone from the National Vote at Home Institute,  “brainstorming” about how the city could livestream the Central Count at city hall “so that (election observers) do not enter the building.”

The Central Count ended up being at the KI Convention Center at Green Bay’s Hyatt Regency due to “space limitations and COVID-19 concerns” at City Hall.

According to former Brown County Clerk Sandy Juno, who retired from the post in early January, the contract stipulated that Spitzer-Rubenstein could have four of the five keys to the KI Center’s ballroom — “several days before the election.”

“The city of Green Bay literally gave the keys to the election to a Democratic Party operative from New York,”  Wisconsin Spotlight noted.

A poll watcher testified Wednesday that Spitzer-Rubenstein was constantly talking on his phone, or working on his laptop during her entire shift on Election Day. She said she observed what looked like an Excel spreadsheet on his laptop.

Kaardal, another fact witness at the hearing, presented several slides summing up how Democrat politicians took control of the election apparatus in Green Bay in the run-up to the 2020 election.

Green Bay City Clerk "Kris Teske stands out as an elections administration superhero." – Attorney Erick Kaardal, testifying that Teske tried to stand up to the takeover of the elections by the mayor's office and private left-leaning groups. #wiright #wipolitics

"It’s a mess and a menace. The lack of ideals was they weren't following the laws and it's a mess because it was implemented very poorly." – Attorney Erick Kaardal testifying about the many problems surrounding Green Bay's November election administration. #wiright #wipolitics

“We cannot allow partisan actors to unduly influence elections in Wisconsin and this is evidence that Mayor Genrich not only allowed that to happen in Green Bay, but that he ceded his responsibility to safeguard the integrity of our elections to an outside, partisan organization and I am calling on him to resign from office immediately,” Roth said in a statement.

Sen. Kathy Bernier (R-Lake Hallie), chair of the Senate Committee on Elections, Election Process Reform and Ethics, sent a letter to Gov. Tony Evers and Attorney General Josh Kaul calling for a full investigation into the “potential violations” that occurred during the election.

She was referencing the mayor’s decision to not use trained National Guard workers to help at the polls amid the initial outbreak of the pandemic. The city reduced Green Bay’s polling sites to just two, causing long voter lines and wait times.

“Unable to learn from his mistakes, Mayor Genrich and his staff deliberately, forcefully, and repeatedly interfered in November’s election administration. Is that why Green Bay’s Clerk and Deputy Clerk resigned?,” Bernier said. “He has shown himself unfit as an executive and should himself resign immediately from the position of Mayor of Green Bay.”

“Every American should have confidence in how their elections are run. This massive abuse of power significantly damages that trust, and we must ensure that situations like this cannot occur in the future,” Wimberger said in a statement.

“I’m still shaking my head that the keys were given to someone who was not a municipal employee,”  Juno testified at the hearing. “It doesn’t smell right.”