A new poll shows presumptive Democratic presidential nominee Joe Biden beating President Donald Trump by double digits in the key swing states of Florida and Michigan. At the same time, a plurality of voters in Florida approves of the job Trump is doing with the economy, a key metric for determining success at the ballot box.

The American Greatness/TIPP Battleground Poll sampled 907 adults in Michigan and 910 adults in Florida in the online surveys. 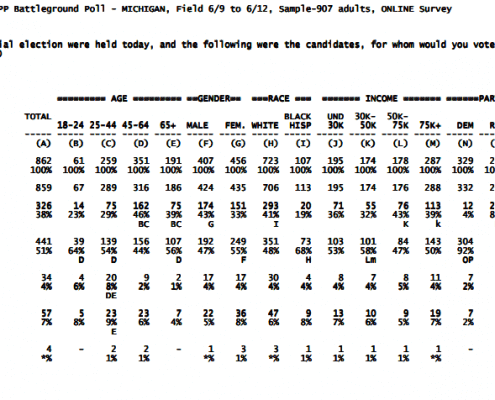 The president fared only slightly better in Florida, where 40 percent of likely voters said they would for Trump, as opposed to 51 percent who said they’d vote for Biden. 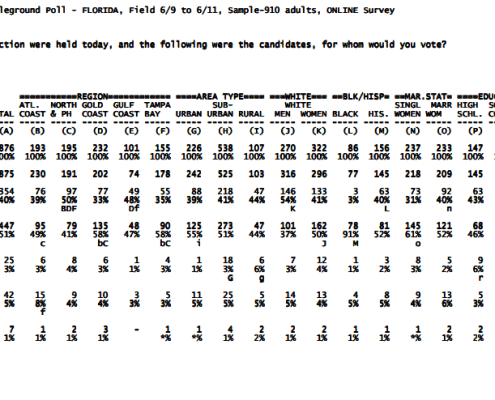 While the results seem ominous for Trump, some of it can be explained by the phenomenon of “social desirability bias.” In 2016, it appeared that many Trump voters gave inaccurate polling responses for fear that, by stating their true preference, they would open themselves up to criticism.

In Michigan, 45 percent of adults said they approved of Trump’s handling of the economy, while 46 percent said they disapproved.

The president did better in Florida, where a plurality of respondents said they approved of Trump’s handling of the economy 49 percent to 45 percent.

In Florida, 44 percent of those polled said they expected Trump to win the presidential election versus 42 percent who said they believed Biden will win. In Michigan, more voters thought Biden would come out on top, 42 percent to 39 percent.

In Florida, 57 percent disapproved of the president’s handling of the George Floyd protests, while only 32 percent approved.