In the bowels of the Bureau of Engraving and Printing, a middle-aged bureaucrat with a clipboard and a hardhat pilots an electric cart past a row of gigantic printing machines as sheets of $100 bills blur through the rollers. He reaches a neatly-arranged cube of $100 bills looking for a Post-it note he placed earlier that day. He locates the note, which reads: “Property of the Federal Reserve.”

Placing a checkmark on the top sheet of his clipboard, he removes the note and drives to a second, smaller cube of treasury bills. The bureaucrat finds a second Post-it note, which says, “Property of the U.S. Treasury” and exchanges the first Post-it note. The scene, which I describe metaphorically, will repeat many, many, many times as the United States pays the trillions of dollars Congress authorized to spend in excess of tax revenue.

But those are just the constitutionally authorized expenditures. Beyond those outlays, the Federal Reserve embarked on a spending spree of $2.77 trillion in just 10 weeks. Add that to the approximately $3 trillion Congress appropriated, and we have nearly $6 trillion in printed money being added to the money supply. Is that a lot? Look at this chart, which shows an explosion in the money supply in just the last few weeks. Since late last year, the money supply is now on its way to doubling.

Not so, say adherents to a new faith called “Modern Monetary Theory.” According to this theory, “Governments with a fiat currency system can and should print . . . as much money as they need to spend because they cannot go broke or be insolvent . . .”

Investopedia explains, “While supporters of the theory acknowledge that inflation is theoretically a possible outcome from such spending, they say it is highly unlikely, and can be fought with policy decisions in the future if required. They often cite the example of Japan, which has much higher public debt than the U.S.”

In the short run, the voodoo magic of MMT seems to be working. The price of gold, which sometimes acts as a proxy for gauging the stability of a currency’s value, has increased from just under $1,500 to around $1,700 an ounce in roughly the same period that the money supply has exploded.

But if the stimulus from 2008 is any guide, the new money will not be evenly distributed. Following the massive post-2008 stimulus of trillions of Fed dollars and government spending, the wealth disparity within the United States dramatically increased. All signs suggest that it’s happening again. A recent piece in Forbes shows that billionaires are getting even richer as a result of the COVID-19 panic. Unless you’re politically connected, you’re probably not near the front of the line for the bags of cash being tossed around right now. 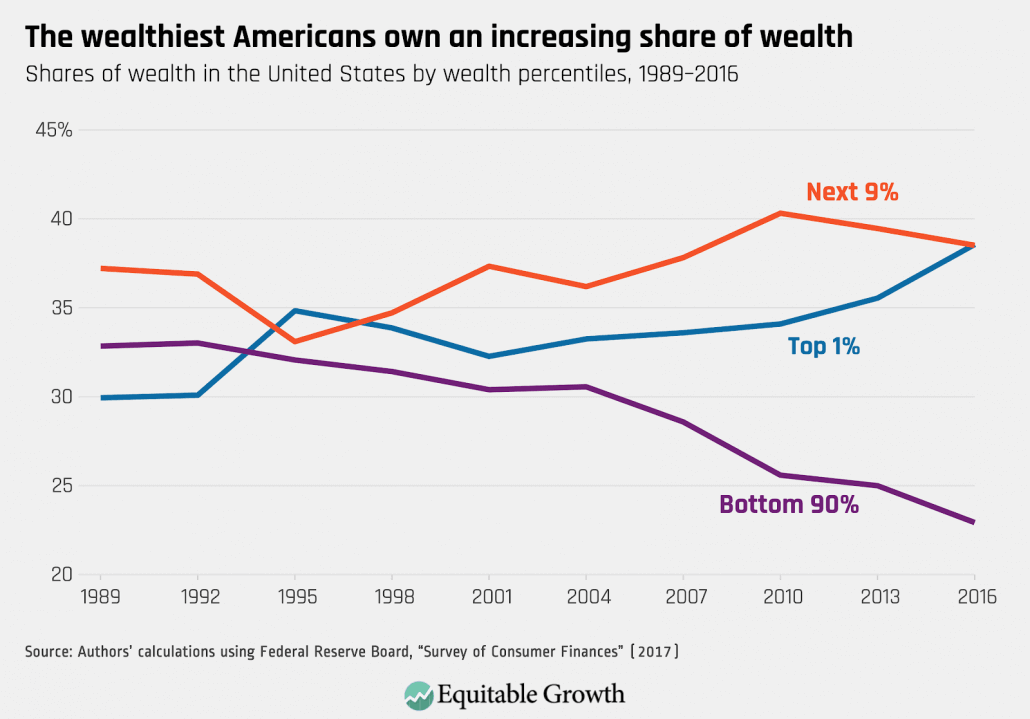 One study found that the government loses 7 percent of spending to waste, fraud, and abuse. We’ve already seen early indicators that thieves have pounced on the money Congress appropriated for small businesses. Politically connected Planned Parenthood received $80 million in loans even though virtually no abortion operations were shuttered during the quarantine. Even the Chinese have made claims to taxpayer money intended for American businesses.

We could have done this differently.

In all of 2019, the federal government collected $3.46 trillion in tax revenue, far less than the spending spree of the last two months. Instead of printing all this money we could have said, “no taxes for the rest of 2020.” Instead of public money being carried-off by parasitic fraudsters and politically connected zombie companies that will never again be profitable, we could have targeted financially viable jobs and businesses.

Only profitable businesses and gainfully-employed workers pay taxes, so a universal tax holiday would have targeted the money to its best purpose. But we didn’t do that because that plan wouldn’t have scratched the political itch to hand out favors to connected friends and donors. Tax relief would have given a hand up to the only forces capable of leading us out of the massive recession we are now experiencing.

And, by the way, the Fed isn’t supposed to be spending money like this. The Constitution provides that, “No Money shall be drawn from the Treasury but in Consequence of Appropriations made by Law.” Washington, D.C. loves spending money without authorization from Congress because it shields elected leaders from political accountability. It’s highly undemocratic to let the money supply be hijacked by unaccountable interests.

So why are we paying taxes at all? Whether you believe in MMT or not, our government is following it. Instead of handing out bags of cash to thieves and politically-connected interests (I apologize for the redundancy), we could be stimulating the economy in a meaningful and fraud-free way.

Now that the politically connected have gorged on public money, perhaps the people who really make this economy work can have a share of the next bonanza.