What is it about the unseen, unelected power brokers that makes a weak-minded figurehead so attractive to them? I’m having déjà vu. It seems all-too-familiar as another hapless elder statesman is maneuvered into a position of awesome power.

Let’s review recent precedent. Many Americans wondered after his pitiful performance during his House testimony, “How long has Robert Mueller been like this?” Among the extremely distressing lapses committed by the figurehead of the get-Trump special counsel investigation, was his lack of familiarity with Fusion GPS, the company that orchestrated and paid for the original Trump-Russia collusion smear.

Mueller, former Representative Trey Gowdy quipped, was the person who learned the most about the Mueller report during the testimony. He didn’t write it and he didn’t read it before coming to testify. He attempted to mask his lack of familiarity with the facts by refusing to answer questions in a manner that vaguely suggested that he knew the answer but couldn’t reveal it.

We now know Mueller was just a sham leader put in place to pencil whip the regulatory requirements of an independent attorney. The real leaders of the special counsel’s probe were partisans who, in some cases, were in on the hoax from the ground floor. 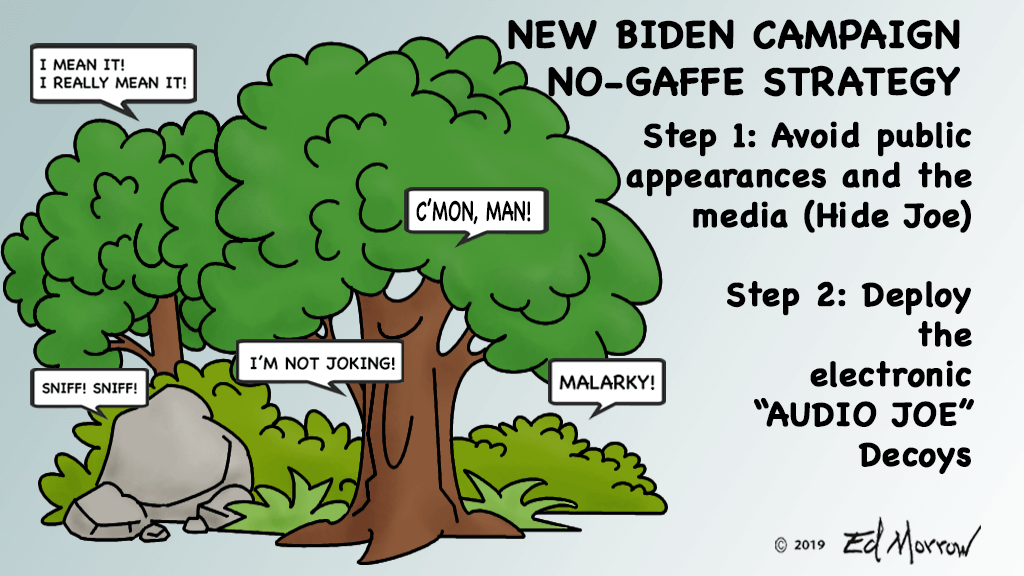 For those who actually want a meaningful election in which power is allocated by the ballot box, not over cocktails in a swanky private club in D.C., the lesson of Mueller’s spectacular failure to exercise any leadership over the probe should cause even the most partisan Democrat to ask: Who am I really voting for?

If Joe Biden wins, who will act as Biden’s Andrew Weissmann waiting in the wings to make the real decisions while handlers keep a confused and affable Joe Biden away from public speaking and attractive young girls?

Biden’s gaffes would be funny except they are so obviously an indication of his weakness. One man’s “bug” is another man’s feature which is why it should cause concern that the “establishment” finds him so appealing.

The Washington Examiner recently catalogued six instances in which Biden described major events in his life that never happened. These included a false claim that he (or his family) once worked in coal mines and that he participated in anti-segregation sit-ins at restaurants and movie theaters. Perhaps the most cringeworthy would have to be the statement that poor kids are just as smart as white kids. Ouch. He thought he met the Parkland students in the Oval Office while vice president (the Parkland shooting happened almost two years into Trump’s Administration.)

Yet, Democrats are being told that Biden is the best shot Democrats have at beating Trump. Perhaps it doesn’t matter to the most hard-boiled Trump haters who gets elected as long as it’s not Trump. But for the rest of America, we should know the answer: Who will really be in charge if Biden is elected?