As many have suspected, Google “is not an objective source of information” and is actively working to prevent Trump from being reelected in 2020,  the latest undercover video put out by Project Veritas confirms.

“Elizabeth Warren is saying we should break up Google. And like, I love her but she’s very misguided, like that will not make it better it will make it worse, because all these smaller companies who don’t have the same resources that we do will be charged with preventing the next Trump situation, it’s like a small company cannot do that,” longtime Google official Jen Gennai told Veritas undercover journalists.

In the video, Gennai dishes about how Google has been working to “prevent” the results of the 2016 election from repeating in 2020.

Gennai is the head of  “Responsible Innovation” for Google, a division that monitors and evaluates the implementation of artificial intelligence (AI) technologies.

“We’re also training our algorithms, like, if 2016 happened again, would we have, would the outcome be different?” she mused. She told the Veritas undercover journalists that Google has been working on the issue since 2016 and although top Google officials have been called to testify before Congress “multiple times,” they won’t be pressured into changing their biased practices.

“Like, they can pressure us, but we’re not changing,” she added.

“Google is not an objective source of information,” a Google whistleblower flatly told Project Veritas founder James O’Keefe.  “We are a highly biased political machine,” he added.

After the 2016 election, the whistleblower said, Google went from wanting to promote “self-expression” and giving everyone a voice, to wanting to suppress what it deems “hate, misogyny and racism” because “that’s the reason why Donald Trump got elected.”

He said Google started “policing our users” as a way to prevent the electorate from choosing an undesirable candidate like Trump again.

The whistleblower provided Project Veritas with documents that reveal how the company uses AI to promote what it considers a “fair and equitable” state—but not necessarily reality. 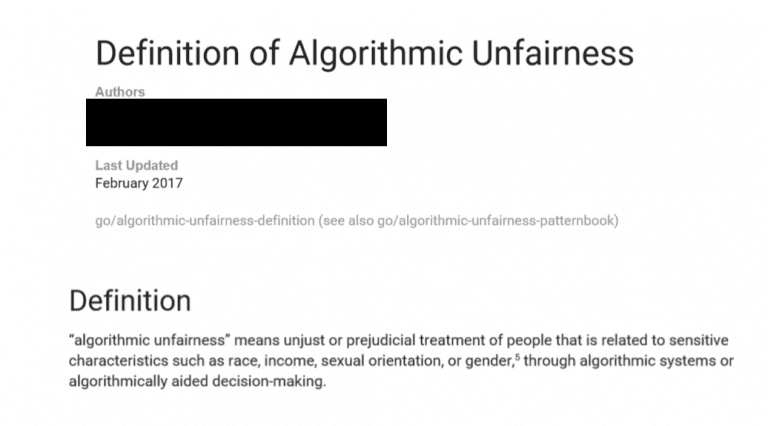 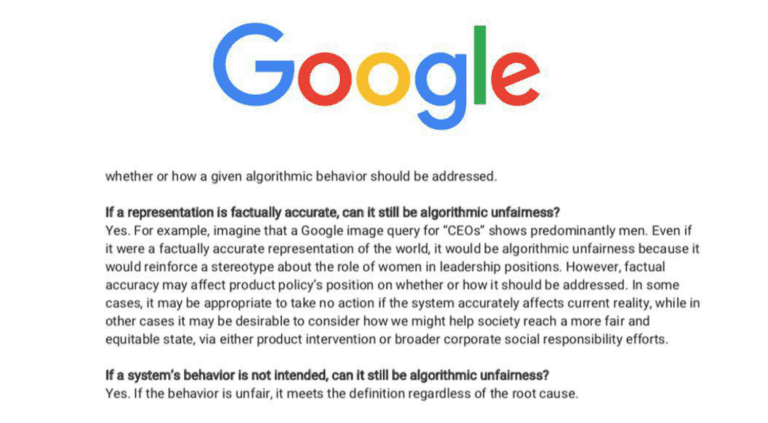 “The reason we launched our AI principles is because people were not putting that line in the sand, that they were not saying what’s fair and what’s equitable so we’re like, well we are a big company, we’re going to say it,” Gennai explained in the undercover video.

According to the whistleblower, “Machine Learning Fairness” is just one of the many tools Google uses to promote its political agenda.

He showed O’Keefe some examples of Google’s “Machine Learning Fairness” in action. 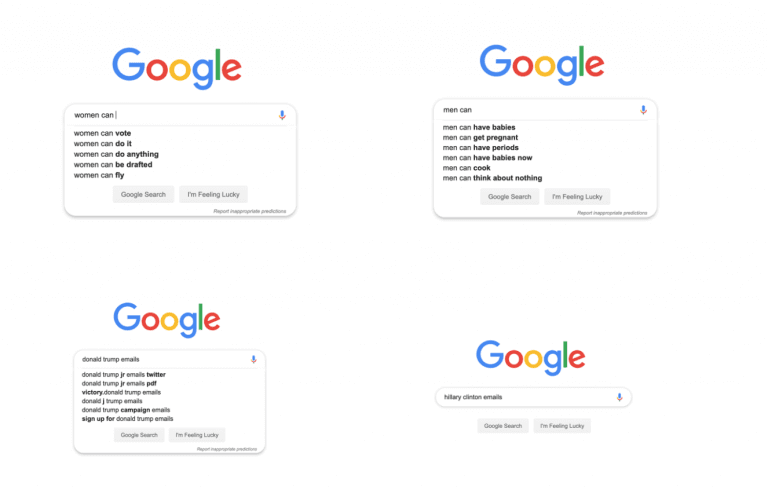 A Google insider walked us through an example (Hillary emails) of how "algorithmic unfairness" is combated through "re-biasing" search results. Watch the video below, and the full video on our site: https://t.co/w984oFqK4Y pic.twitter.com/PEmKAnlEYX

The whistleblower explained the goal of Google’s artificial intelligence and Machine Learning Fairness. “They’re going to redefine a reality based on what they think is fair and based upon what they want, and what and is part of their agenda,” he told O’Keefe.

Additional leaked documents show that Google decides what is credible news and what is “fake news” and prioritizes content from different news publishers based on its own left-wing political agenda.

One document, called the “Fake News-letter” details Google’s goal to have a “single point of truth” across their products. 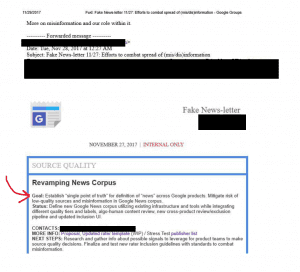 Another leaked document explains the “News Ecosystem” appears to use “editorial guidelines” to control how content is distributed and displayed on their site. 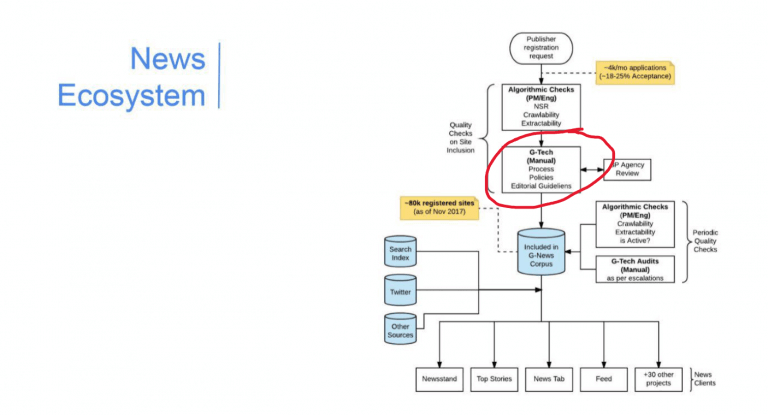 An additional document Project Veritas obtained, titled “Fair is Not the Default” says, “People (like us) are programmed” after the results of machine learning fairness. This document purports to describe how “unconscious bias” and algorithms interact. 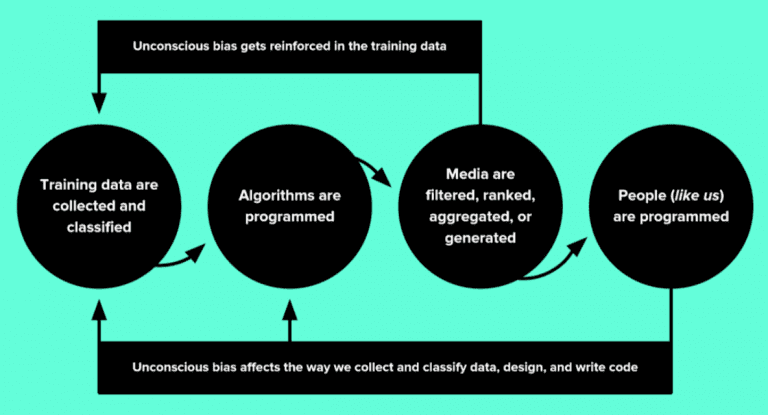 The leaked documents indicate that Google makes editorial decisions about what news the company promotes and distributes on its site.

In a conversation with Veritas journalists, Gennai singled out “conservative sources” as not necessarily “credible sources” according to Google’s editorial practices.

“We have gotten accusations of around fairness is that we’re unfair to conservatives because we’re choosing what we find as credible news sources and those sources don’t necessarily overlap with conservative sources . . .”

“What YouTube did is they changed the results of the recommendation engine. And so what the recommendation engine is it tries to do, is it tries to say, well, if you like A, then you’re probably going to like B. So content that is similar to Dave Rubin or Tim Pool, instead of listing Dave Rubin or Tim Pool as people that you might like, what they’re doing is that they’re trying to suggest different, different news outlets, for example, like CNN, or MSNBC, or these left-leaning political outlets.”

“This is the third tech insider who has bravely stepped forward to expose the secrets of Silicon Valley. These new documents, supported by undercover video, raise questions of Google’s neutrality and the role they see themselves fulfilling in the 2020 elections,” said O’Keefe.

UPDATE: O’Keefe tweeted Monday morning that he discovered Project Veritas has been suspended from Reddit when he tried to post his Google bombshell.