They fear that China may retreat from its G-20 promises, or perhaps even call off the negotiations altogether. Some have suggested that U.S. tech executives avoid traveling to China, fearing revenge arrests.

As someone who has followed elite politics in Communist China for 40 years, I disagree. In fact, I think that Meng’s arrest may actually help move the negotiations along.

China’s leaders see her arrest as a deliberate provocation, intended to provoke them into the kinds of overreactions that would blow up the trade negotiations.

They view it, in other words, as a strategic deception.

Anyone who has read their Sun-Tzu knows that deception is the primary category—the default position, if you will—of Chinese strategic thought. And the ancient strategist’s famous dictum, “All warfare is deception,” obviously applies to trade wars as well.

China knows that the president’s advisors are divided between the globalists, who hope for a win-win agreement on trade, and the nationalists, who want to disengage America’s economy from China’s. They fear that the nationalists have arranged the arrest of the Huawei executive precisely because they want to undermine the trade negotiations, and send China’s economy over a cliff.

The looming tariffs of 25 percent, scheduled to take effect on March 1 absent a deal, would cripple China’s export economy. It would drive supply chains to the tariff-free climes of India, Vietnam, and the Philippines. It would cause many Chinese companies to go bankrupt, and the Shanghai and Hong Kong exchanges to plummet. China might well be trapped in the middle-income, also-ran, economic no-man’s-land that it so desperately wants to avoid.

Official Washington has claimed that Meng was detained as a result of a longstanding investigation. The timing of her arrest at the precise moment of the Xi-Trump meeting was, we are told, mere coincidence. Whatever you think of that explanation, official Beijing is having none of it.

It is, indeed, harder to imagine a higher profile target than the vice chairman and heiress-apparent of Huawei, China’s leading hi-tech company and a key player in the “Made in China 2025” plan.

Not only is Meng the daughter of Huawei’s founder, she is the granddaughter of a senior party official, Meng Dongbo, who fought alongside Chairman Mao in the Chinese Civil War and later served as vice governor of Sichuan, China’s most populous province. In other words, she is a bona fide member of China’s Communist aristocracy, which is why the Chinese refer to her as “princess.”

The woman languishing in a Canadian jail cell is China’s Tim Cook and China’s Ivanka Trump all rolled into one.

The Chinese leadership has concluded from both from the timing and from the target that this was a setup.

Add to this the fact that the Chinese leadership has grown very wary of Donald J. Trump. They see him as tactical on trade—addressing an issue, extracting as many concessions as he can, and then moving on to the next issue.

But they also see him a strategic in a global sense, intent upon maintaining American dominance in the century that was supposed to be owned by China. 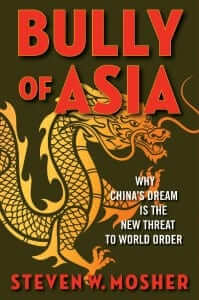 The state-run Global Times initially denounced the arrest as a violation of the spirit of the trade truce reached during the Xi-Trump dinner. But in the days since, the rhetoric has been ratcheted down, and Beijing is going out of its way to delink the two.

Sensing a trap, Communist leader Xi Jinping has not seized upon the arrest of Meng as a reason to derail the talks. Instead, he seems to have recommitted himself to working out a trade deal with the United States as the March 1 deadline looms ever closer.

In the meantime, neither Tim Cook nor Ivanka Trump need fear arrest if they travel to China.