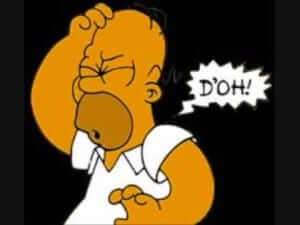 The Wall Street Journal on Friday has a commentary by Pat Michaels and Ryan Maue of the Cato Institute that asks how well some global warming predictions have held up after 30 years. The answer: Not especially well.

Michaels and Maue focus on the work of James Hansen, the former NASA scientist who testified “with a high degree of confidence” in 1988 about “a cause-and-effect relationship between the greenhouse effect and observed warming.”

“With that testimony and an accompanying paper in the Journal of Geophysical Research,” Michaels and Maue write, “Mr. Hansen lit the bonfire of the greenhouse vanities, igniting a world-wide debate that continues today about the energy structure of the entire planet.”

And the upshot after all these years?

Global surface temperature has not increased significantly since 2000, discounting the larger-than-usual El Niño of 2015-16. Assessed by Mr. Hansen’s model, surface temperatures are behaving as if we had capped 18 years ago the carbon-dioxide emissions responsible for the enhanced greenhouse effect. But we didn’t. And it isn’t just Mr. Hansen who got it wrong. Models devised by the United Nations Intergovernmental Panel on Climate Change have, on average, predicted about twice as much warming as has been observed since global satellite temperature monitoring began 40 years ago.

There’s plenty more where that came from.

Michaels and Maue conclude that climate alarmists would do well to simmer down. “On the 30th anniversary of Mr. Hansen’s galvanizing testimony, it’s time to acknowledge that the rapid warming he predicted isn’t happening,” they write. “Climate researchers and policymakers should adopt the more modest forecasts that are consistent with observed temperatures.”