The American media are broken.  align=”right” Part one of a two-part series.After eight years of feeding the Obama cult of personality—swooning over his suave personal traits, covering for mistakes and misconduct, applying little if any scrutiny to his policies or performance—the news media suddenly developed a keen interest in presidential accountability and integrity on November 9, 2016.

Since the day Donald Trump won the election over their strenuous objections, the media have been out to get the man they deem unworthy of the presidency. They have teamed up with the Left of and the NeverTrump Right to campaign for his removal from office. (Victor Davis Hanson recently documented #TheResistance’s full list of tactics.) Trump’s family, aides, and cabinet members have been harassed and reviled in despicable ways.

Reporters eagerly transcribe salacious stories pitched by unnamed sources to incite an already inflamed body politic. Events are twisted in grotesque ways to fuel the anti-Trump hysteria. (Look no further than this week’s reporting on the Hamas-led “protest” during the opening of the U.S. embassy in Jerusalem.)

At the same time, the American media arrogantly portray themselves as martyrs—even heroes—for acting as bulwarks against a purportedly devious, inept and cruel administration. The self-puffery on display at last month’s White House Correspondents’ Dinner sounded like war veterans commending each other for bravery on the battlefield, although veterans are far more modest than your average cable news anchor or political pundit.

But it took the self-assured comfort that comes from getting too comfortable with such puffery to draw the media out, unwittingly perhaps, at that very event. For it was at the White House Correspondents dinner that they acknowledged their sycophancy to #TheResistance, their gullibility in being snookered by Obama loyalists, their flat-on-their-back willingness to be used by anti-Trump pimps.

CNN won an award for its January 2017 report about President-elect Trump being briefed on the bogus Steele dossier. While we now know the story was improperly leaked by former Director of National Intelligence (and virulent Trump foe) James Clapper to shotgun the Trump-Russia collusion plotline days before the inauguration—and the celebrated CNN reporters did little more than regurgitate talking points spoon-fed to them by political operatives (one is known to have close ties to Fusion GPS)—the network was applauded for its “depth of reporting.”

The reality is that there are only a handful of reporters bravely bucking the media’s status quo and conducting real investigative journalism to expose what, quite possibly, is the biggest political scandal in U.S. history: How top officials in an outgoing administration colluded with a presidential candidate’s campaign and a major political party for the purpose of  discrediting the rival presidential candidate and then stage a soft coup against him after he won.

Out of thousands of reporters in the United States, fewer than a dozen journalists have dared to cover the ways in which the world’s most powerful law enforcement and intelligence apparatus leveraged its authority to try and destroy Trump’s candidacy, then his presidency. The courageous group includes NRO’s Andrew McCarthy, The Federalist’s Mollie Hemingway and Sean Davis, Tablet’s Lee Smith, The Daily Caller’s Chuck Ross, the Wall Street Journal’s Kimberley Strassel, Washington Examiner’s Byron York, Fox News’ Catherine Herridge, and independent journalist Sara Carter.

Unlike the self-proclaimed heroes in the mainstream media who either have willfully ignored or purposefully diverted coverage away from this scandal, these writers have not squandered their integrity or credibility in order to make nice with the ruling political class.

While each one deserves accolades and yes, legitimate awards, for their work, let’s focus on a few here first: 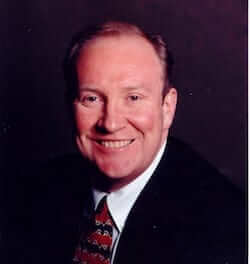 Andrew McCarthy: The former federal prosecutor who once worked for ex-FBI Director James Comey is arguably the most influential writer in this group, and has risked the most in terms of jeopardizing personal and professional relationships. “In the eyes of many of my former colleagues, I’m one of the bad guys. I’m sad about that, because I know things never really go back to the way they were,” he told me via email.

McCarthy, 59, is a Bronx native with a solid record of fighting organized crime and international terrorists. A law-and-order Republican, McCarthy contributed to National Review’s “Against Trump” issue where he wrote, “the [terrorist] threat against us has metastasized in our eighth year under a president who quite consciously appeases the enemy. But the remedy is not a president oblivious of the enemy.” His scrutiny of the Trump-Russia scheme is by not rooted in a deep affection for the president.

But his legal expertise and working knowledge of Justice Department protocols have been an invaluable guide, as the average person (like me) attempts to make sense of the various investigations and indictments. McCarthy also acknowledges that his bias toward law enforcement and some people at the center of this scandal have influenced his approach.

“I’ve been validly criticized for giving him [Comey] the benefit of many doubts that I would not give to others whom I don’t know well, or at all. It’s been a good—if excruciating—lesson in humility,” he told me.

He detected as far back as December 2016 that the Russian collusion story was a farce. He opposed both Attorney General Jeff Sessions’ recusal and the appointment of a special counsel, although he applauded the choice of Robert Mueller (while predicting his probe “could be wrapped up within a few months.”)

Since then, he has been a fierce critic of the Mueller team, particularly of the prosecutions of former Trump campaign manager Paul Manafort and former National Security Advisor Michael Flynn. And he has plenty of harsh words for Comey, someone for whom he has “genuine affection.” In his latest piece, he takes a deep dive into the text messages between FBI lovers Peter Strzok and Lisa Page and once more questions why his former colleagues are concealing information from the public. 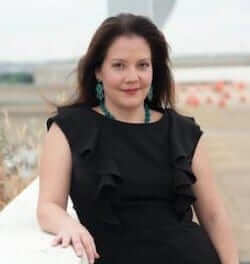 Mollie Hemingway and Sean Davis: The Federalist has been a major target of #TheResistance for its unflinching coverage of the Trump-Russia scandal and exposure of an Obama Administration rife with corruption. (Even though publisher Ben Domenech was also a contributor to NR’s “Against Trump” issue.)

Hemingway was the first to suggest in great detail—just days after the award-winning CNN story—that Obama’s intelligence community had declared war against Donald Trump. “Far from discrediting Trump, [the allegation of Russian election interference]  paints a worrisome portrait of the deep state gone rogue, desperate to stop a man who, whatever his considerable flaws, is an outsider to Washington.” She started to piece together how the politically sourced Steele dossier was used to obtain FISA warrants on Trump campaign volunteer Carter Page, and gave extensive coverage to the work of the House Intelligence Committee.

After the Comey memos were released last month, Hemingway suggested the January 6, 2017 briefing orchestrated by top Obama intelligence officials was designed to set up the incoming president: “This briefing, and the leaking of it, legitimized the dossier, which touched off the Russia hysteria. That hysteria led to a full-fledged media freakout.” And she’s spared the media no criticism for burying huge developments in the emerging corruption scandal. 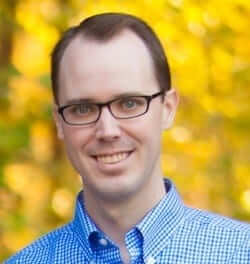 Hemingway has taken her battle to the airwaves. A regular Fox News contributor, Hemingway has become fan favorite by going toe-to-toe with anti-Trump journalists to raise serious questions about the veracity of the Trump-Russia investigation. (I personally admire her smackdowns of National Review’s Jonah Goldberg.)

Sean Davis (if you don’t follow him on Twitter, do it now), the site’s co-founder, had one of the past year’s most explosive scoops when he reported that Obama’s PAC paid nearly $1 million in 2016 to the law firm that was funneling money to Fusion GPS, and that the husband of one of Obama’s top communications advisors went to work for Fusion shortly after the 2016 election.

Just last month, Davis outed a former staffer to Sen. Dianne Feinstein (D-Calif) who has raised $50 million from a few wealthy Democratic donors to continue Fusion GPS’s dirty work against the Trump Administration. He also amplified an overlooked conclusion in the House Intelligence Committee report: Former Director of National Intelligence James Clapper lied to Congress when he testified that he did not discuss the dossier with any journalists when in fact he leaked the information to CNN’s Jake Tapper for the “award-winning” story. (Clapper, naturally,  is now a CNN intelligence analyst.) 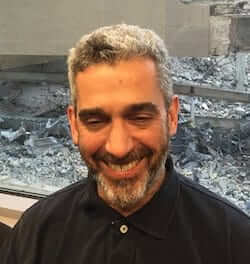 Lee Smith: Few writers wield the literary blowtorch that Smith does. An expert on the Middle East, Smith noticed that the election collusion story sounded familiar: “The Russia story is a replay of how the former White House smeared pro-Israel activists in the lead-up to the Iran Deal,” he wrote in April 2017.

Most of his work is published in Tablet, a liberal, Jewish publication, but he views this scandal as nonpartisan. “We are now starting to understand more clearly, this is not simply a Democratic scandal, it’s a scandal that in many ways ties together both political establishments,” he told me by email. “Thus it threatens voters who tend to vote for Democrats as much as it does Republicans.”

He’s been a frequent critic of Fusion GPS founder Glenn Simpson and routinely blasts the media for their self-serving complicity in pushing the phony Trump-Russia story. “Buy into a storyline that turns FBI and CIA bureaucrats and their hand-puppets in the press into heroes while legitimizing the use of a vast surveillance apparatus for partisan purposes, and you’re in. Dissent and you’re out, or worse—you’re defending Trump.”

But it was his withering takedown of Robert Mueller in March 2018 that scorched the ruling class. Smith called the Mueller investigation a cover-up to “obscure the abuses of the U.S. surveillance apparatus that occurred under the Obama administration.” He disassembled the Washington narrative that Mueller is above reproach, an unimpeachable public figure who should be allowed to conduct his investigation untethered.

Mueller, according to Smith, is the prototypical swamp creature, a hanger-on who’s been held unaccountable for his egregious failures. “The problem is that by using the justice system as a political weapon to attack the enemies of the country’s elite, Robert Mueller and his supporters in both parties are confirming what many Americans already believe. That in spite of all the fine rhetoric, we are not all equal under one law.”

Smith takes an almost patriotic approach to his reporting. “What all of us want is the restoration and rehabilitation of the key American institutions that have inflicted so much damage on the American public as well themselves with Russiagate—I am thinking primarily here of the media,” he told me. “Left and right, we need a free and honest press in order to debate and discuss how we best live together and influence others abroad.”

PART TWO: The rest of the Trump-Russia truth-tellers and media influencers.