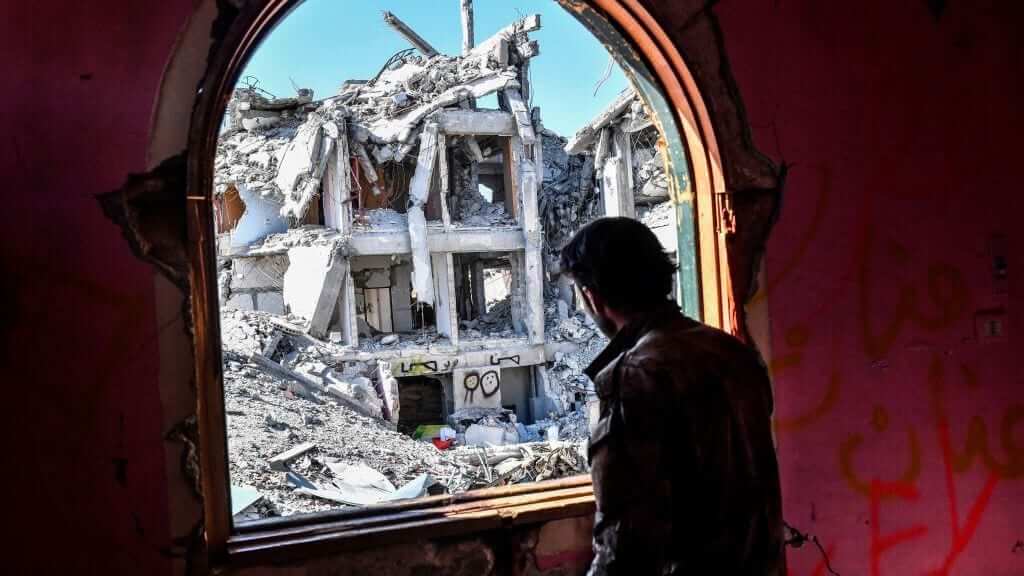 It’s just about a year ago that Syria was last in the news in a big way. Less than 90 days into the Trump Administration there was a gas attack at Khan Shaykhun that left 74 dead. Civilized people everywhere were horrified. “Something must be done!” we were told. But by whom, what, and why was left unsaid. That’s because everyone knew the answer. The answer was (roughly): America must launch a punitive strike against Assad because he’s bad and we’re good. For extra credit, you could have added that if a gas attack went unanswered it would open the door to more such barbarism.

Perhaps. But the Europeans weren’t rushing to act on their stated convictions. Brazil didn’t lift a finger. Neither did South Korea. Or Japan. In fact, no country took any action or even considered taking any action save the United States which attacked Syrian targets with 59 cruise missile on April 7th.

Why us and why then? Does the United States alone possess a unique mandate to undertake military action against foreign countries? Some would answer yes. We’d be better to consider it intercontinental virtue signaling with missiles.

Sure, everyone felt better (see comments by Max Boot, Anne-Marie Slaughter, and Eliot Abrams for example) after the missile strike but what changed? You already know the answer. Nothing. And no one really expected anything would change. That wasn’t the intent. As such, the 2017 missile raid ought not be a template for a similar 2018 response. To do so would be to surrender our strategic sovereignty to any rogue actor with chemical weapons who could prompt and even direct a U.S. military response. It would also serve no useful purpose other than keeping the Bipartisan War Party busy.

Let’s also remember the geopolitical context of the 2017 raid: President Trump was newly inaugurated and was preparing for an imminent meeting with Chinese President Xi about, among other things, North Korean nukes. In other words, there were other reasons to swing a big stick. What about now?

What are the criteria for American military intervention? Do punitive, mostly symbolic raids demonstrate our strength or do they actually prove our impotence? Assad is still in power and, if you believe that he is behind the most recent gas attack, then he was clearly not cowed by last year’s show of force. So do we up the ante this time? If 59 missiles weren’t enough, will 100 missiles do the trick? Or a sustained bombing campaign? Perhaps some boots on the ground? Almost no one wants that so what is the point of these ineffectual retaliatory strikes?

Before the United States embarks on further military interventions here are some questions that we as Americans need to answer:

The President must get Congressional approval before attacking Syria-big mistake if he does not!

Our lives would be simpler and our nation more peaceful and prosperous if we adhered to the policy that kept this country out of foreign wars for nearly 150 years. From the Founding until about the time of World War I there was a broad, bipartisan consensus in the United States that we are a commercial republic seeking peace, friendship, and trade and nothing more. This remains the instinctual American position and it seems to be where the president’s heart remains. He would do well to ignore the demands of the Bipartisan War Party and remember the people who voted for him and his America First agenda. What’s at stake in Syrian isn’t really about Syria. It’s about ending the belief in moral imperialism that has held sway in both parties since the end of the Cold War and restoring the more credible, more sustainable national security policy focused on peace and prosperity at home and a decent respect for the sovereignty of other nations and peoples abroad.

And now, friends and countrymen, if the wise and learned philosophers of the elder world, the first observers of nutation and aberration, the discoverers of maddening ether and invisible planets, the inventors of Congreve rockets and Shrapnel shells, should find their hearts disposed to enquire what has America done for the benefit of mankind? Let our answer be this: America, with the same voice which spoke herself into existence as a nation, proclaimed to mankind the inextinguishable rights of human nature, and the only lawful foundations of government. America, in the assembly of nations, since her admission among them, has invariably, though often fruitlessly, held forth to them the hand of honest friendship, of equal freedom, of generous reciprocity. She has uniformly spoken among them, though often to heedless and often to disdainful ears, the language of equal liberty, of equal justice, and of equal rights. She has, in the lapse of nearly half a century, without a single exception, respected the independence of other nations while asserting and maintaining her own. She has abstained from interference in the concerns of others, even when conflict has been for principles to which she clings, as to the last vital drop that visits the heart. She has seen that probably for centuries to come, all the contests of that Aceldama the European world, will be contests of inveterate power, and emerging right. Wherever the standard of freedom and Independence has been or shall be unfurled, there will her heart, her benedictions and her prayers be. But she goes not abroad, in search of monsters to destroy. She is the well-wisher to the freedom and independence of all. She is the champion and vindicator only of her own. She will commend the general cause by the countenance of her voice, and the benignant sympathy of her example. She well knows that by once enlisting under other banners than her own, were they even the banners of foreign independence, she would involve herself beyond the power of extrication, in all the wars of interest and intrigue, of individual avarice, envy, and ambition, which assume the colors and usurp the standard of freedom. The fundamental maxims of her policy would insensibly change from liberty to force . . . She might become the dictatress of the world. She would be no longer the ruler of her own spirit . . .

[America’s] glory is not dominion, but liberty. Her march is the march of the mind. She has a spear and a shield: but the motto upon her shield is, Freedom, Independence, Peace. This has been her Declaration: this has been, as far as her necessary intercourse with the rest of mankind would permit, her practice.