Although I’ve always been somewhat open-minded about gun control, especially high-powered weapons, the current mob mentality of the Left—incited by propagandists in the media—has closed my mind. The spectacle over the Florida school shooting proves the Left will exploit any tragedy, manipulate any victim, and demonize any detractor in their scorched-earth strategy to regain power. Further, its purported solution seeks to empower the public authorities who utterly and despicably failed to stop this massacre at every chance.

The ruling class cannot be trusted. The revelation yesterday that a deputy sheriff stood down while helpless teenagers were slaughtered by a disturbed young man goes beyond a dereliction of duty. It reflects the lack of common decency pervasive among our protected institutions and their bureaucratic lackeys, whether they be positioned at the Department of Motor Vehicles, Veterans Administration hospitals, the top brass at the FBI, or in your local police force. 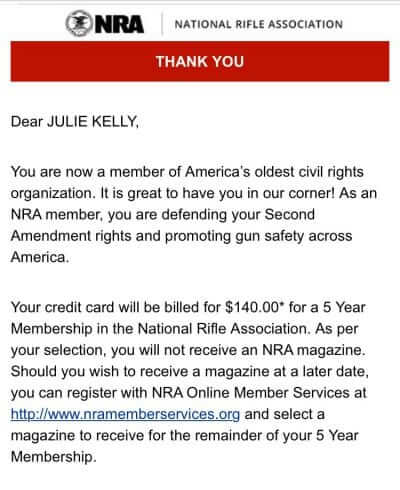 In addition to their incompetence and inhumanity, we are further humiliated as they lie to us, place blame on others, and then get to “retire” with full benefits. (It’s only a matter of time before we find out Scot Peterson, the deputy who cowardly crouched outside Stoneman Douglas High School, listening to bullets and screams, will still get his taxpayer-funded pension and collect a sizable portion of his six-figure salary package.)

Broward County Sheriff Scott Israel—a Democrat—should be the poster boy for the ruling class’s pathetic cocktail of bravado, ineptitude, and blame-shifting. On February 21, he appeared on CNN’s town hall meeting, refusing, in dramatic fashion, to accept any culpability for what happened: “America, there’s one person responsible for this act, that’s the detestable, violent killer. He is responsible for this act.” (Your friendly reminder that sheriffs are politicians, too. Israel once compared himself to Don Shula, Abraham Lincoln, and Martin Luther King while defending his crony hiring practices.)

He confronted NRA spokeswoman Dana Loesch, after she ticked off a string of documented warning signs displayed by the shooter, scolding her that she was “absolutely not the litmus test for how law enforcement should follow up. You’re wrong.”

Israel didn’t stop there. After the event, his office doubled-down:

“You are NOT standing up for these students.” – Sheriff Israel to @NRA spokeswoman.

But less than 24 hours later, amid rumors of Peterson’s whereabouts that day, the county’s smug top cop held a press briefing admitting:

I’ve restricted two of our deputies while we delve further into this. Scot Peterson was absolutely on campus through this entire event. He was armed, he was in uniform. After seeing video, witness statements, and Scot Peterson’s very own statement, I decided this morning to suspend Scot Peterson without pay. As is his right, because he has the necessary time with the agency, and meets the requirements of retirement, he resigned and slash, retired.

Translation: His “right” to retire was gifted to him by public employee’ unions so he can collect lifetime benefits paid by the grieving community he failed to protect.

Israel explained what the now-retired, public check-sucker did during the slaughter: “What I saw was a deputy arrive, take up a position, and he never went in.” He said Peterson should have gone into the building and “killed the killer.” When asked for his reaction, Israel said he was, “devastated. Sick to my stomach. These families lost their children. We lost coaches. I’ve been to their funerals, I’ve been to their homes where they sit in Shiva. I’ve been to the vigils. There are no words.”

But there are words, Sheriff. Did you apologize? To the community, to the parents, or to NRA spokeswoman Dana Loesch? Did you crawl out of that press conference on your hands and knees, begging for forgiveness, not just for your department’s grievous mishandling of this situation for 10 years but for your showmanship and arrogance?

Of course not. Being a well-paid political hack means never having to say you’re sorry.

How many times do we have to suffer through this? How much more malfeasance do we have to tolerate? The people who used the IRS to harass conservatives and the people who flat-out lied to the American people about the Benghazi terror attacks to save a presidential election are not only walking free, but raking in cash from pensions, book deals, and speaking engagements. The former head of the FBI who leaked confidential information and possibly lied to Congress is about to publish a book, laughably titled, A Higher Loyalty: Truth, Lies and Leadership.

The country has been roiled by a phony conspiracy story hatched by political schemers at the top level of our federal government and, aside from a few demotions, no one has been held accountable. To shade the now-obvious corruption at the Justice Department and FBI, #TheResistance—the media, Democrats and NeverTrumpers—spend every waking minute legitimizing a costly investigation into an election-collusion fantasy devoid of evidence while accusing citizens of “criticizing law enforcement” if we dare question anyone’s competence or motives. They will even show up at your front door, confront you out of the blue, basically call you stupid, and demand you explain your vote and your activism, as a CNN hack did this week.

The target of the Trump Resistance is all of us. Who owns guns, the Clinton voters in Manhattan or Berkeley? No, it’s the folks in red states and counties who voted for the candidate these elites and their minions in government despise. Anyone who dares to challenge the reigning dogma on guns will be verbally attacked and physically threatened, even subjected to a teenager accusing a grown woman of being a bad mother for not supporting gun control.

The Left’s lynch mob is not just aimed at gun owners. Since Trump’s election, a female cabinet member was almost physically attacked, top officials are getting a record number of death threats, and women in the administration have been mocked, vilified and berated in a vile manner that is unprecedented. A lunatic opened fire on Republican lawmakers, almost killing one, and a Republican senator was assaulted in his home.

In Federalist 28, Alexander Hamilton wrote: “If the representatives of the people betray their constituents, there is then no resource left but in the exertion of that original right of self-defense which is paramount to all positive forms of government.” We have been betrayed, misled, and ignored while they are feeding the public trough. There is no end to what the ruling class will take away to preserve their power and their paycheck.

Joining the NRA isn’t a solution, but it’s a small act of defiance against those who insist I do otherwise. Consider it resistance against #TheResistance.