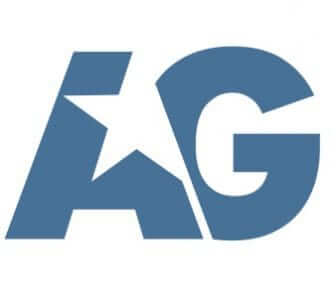 Here’s today’s roundup of great reads from around the web, as selected by our editors.

This piece from David Gerlernter is so good and so right about the futility and aimlessness of the #NeverTrump right, that a large part of me wishes we had published it here at American Greatness. On the other hand, most of the people who really need to read it are regular consumers of the Wall Street Journal. So publishing it there is a good call. After they’ve read it, though, they’d do well to to start reading American Greatness. It’s just a fabulous piece in every way.

Read the whole thing. And then read it outloud to your #NeverTrump friends if they’re still talking to you.

Reruns. North Korea is at it again. What began as a Facebook conversation between myself and fellow American Greatness contributor, Michael Kochin, has evolved into two articles on differing sides of the North Korean imbroglio. In an excellently written piece, Kochin has argued that the United States has no good options regarding the current crisis with North Korea’s nuclear weapons program, but that we must simply “resist the impulse to ‘do something’” for the sake of movement. Yet, as Dietrich Bonheoffer once famously said, “choosing not to act is to act.” Further, as Winston Churchill, the savior of Britain–possibly even Western civilization–said during the Second World War, “Inaction breeds doubt and fear. Action breeds confidence and courage.”

As I argue in my piece on North Korea, it is a false notion that if the United States simply punts on the issue of North Korean nukes–as it has done since 1994–that all will be well. It will not. The nature and history (and mania) that drives the Kim Regime will not lend itself to creating a stable balance-of-power scenario between the American-backed South Korea and the Sino-Russian-backed North Korea. On the contrary, the ability to threaten the South, Japan, and the United States itself with nuclear war will lend itself to the North taking increasingly provocative and risky actions all aimed at forcibly uniting the South with the North, under Pyongyang’s control.

Meanwhile, the recent North Korean missile test has understandably renewed calls for a space-based missile defense system. As I wrote in Orbis earlier this year (and as I have argued in briefings on space defense), this is a vital concept. Unfortunately, however, the time to have done this was 15 years ago. We should absolutely be investing in developing and deploying space-based weapons–both defensive and offensive–but that’s a long-term prospect. The threat is present and it is growing now. Until we have a working space defense capability, we are going to need to prepare for a long period of conflict with the North.

We are, right now, faced with a lose-lose situation: do we want to lose little or big? Losing little, in this case, means not compromising U.S. foreign policy and grand strategy everywhere. Allowing for the North to retain and expand its nuclear arsenals is losing bigly.

The best thing about the Trump era so far has been the way some progressives have rediscovered the virtues of limited government and federalism. The Wall Street Journal notes a striking shif in tone and policy from the National Education Association, in response to Trump and his Education Secretary, Betsy DeVos:

Mrs. DeVos has apparently been effective enough to shock the NEA into disavowing federal control of education, which is like Fannie Mae rejecting taxpayer loan guarantees. We’ll know Mrs. DeVos has succeeded when [NEA President Lily] Eskelsen Garcia calls for the Education Department to be abolished.

Here is a long, (darkly) enlightening read on neoreactionary political thought in the latest edition of The Point:

If the new anti-liberal politics runs on ressentiment, as commentators on both the left and right have suggested, the nerds of neoreaction channel this sense of betrayal at the heart of the American liberal project into an either/or Boolean clarity. Their passion rivals that of their avowed enemy, the “social justice warrior.” And what they believe is, quite simply, that everything about the modern world is a lie.

It is enough, the neoreactionaries point out, to look at authoritarian zones like Shanghai, Singapore and Dubai, which combine high growth, significant personal “liberty” and almost zero political participation to see just how unnecessary democracy is—or has become—if the goal is simply capital growth. The neoreactionary account of democracy emphasizes something that its partisans, at least of the (neo-) “liberal” variety, do not: the ultimate justification for democratic politics is not good administration—the ordering of resources toward a particular goal—but rather, simply, more politics.

The goal of neoreaction is to harness the power of the state church by getting rid of the fantasy that it is an expression of popular will, that we want it. Seeing the collective imaginary as an autonomous, alien force—call it technology or capital, ideology or world-spirit—rather than a form of human life (i.e. politics) paradoxically frees us to embrace it. In Silicon Valley they call this force “the Singularity.” Those who believe in it predict that computers will soon learn how to improve themselves, resulting in a “liftoff” moment in which technology becomes autonomous and self-sustaining, rapidly freeing itself from the biological limitations of its human creators.

Plenty there to chew on. Read it all carefully.

Against the rise of neoreactionism (though similarly cultivated in the fringes of the Internet) comes what the Guardian calls “The Age of Banter”: “If you are younger than about 35, you are likely to hear the term all the time. Either you have banter (if you are funny and can take a joke) or you don’t (if you aren’t and cannot). The mainstream, in summary, is now drunk and asleep on the sofa, and banter is delightedly drawing a penis on its forehead.”

Finally, enjoy this oral history of “Meatballs,” one of the great comedies of the 1970s.

One response to “Great Reads for 7/7/17: Resistance is Futile Edition”