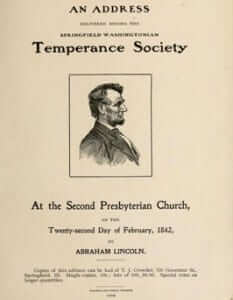 In recent days, a series of particularly cogent and well-delivered Donald Trump speeches prompted media speculation about his “change of course” and the new direction of his campaign. Though they seem more like distillation than departure to me, it is true that the seriousness and the clarity of the speeches is striking and a welcome improvement in performance.  Many Trump supporters and skeptics have worried that his inclination to extemporize was too often taking the campaign off in directions it did not need nor want to go. These speeches set forth his political principles and provide the rationale for his candidacy in clear terms, for skeptics and supporters alike.

Trump’s two speeches focus on law and order (August 16 in Milwaukee)  and on foreign policy (August 15 in Youngstown, Ohio), but they get to something even deeper than these issues which are of such magnitude in the current political moment.  They address the question of who we are as a people and, in that, their resemblance to Abraham Lincoln’s own reflections on the matter is noteworthy. Given those themes and the seriousness with which Trump addressed them in these speeches, it is appropriate to compare them with two of Lincoln’s early speeches, the first on the perpetuation of a nation of laws and the second on the need for moderation or “temperance” in politics.

Both speeches apply Trump’s overarching campaign theme of speaking on behalf of the people versus the special interests. “It is time for rule by the people, not rule by special interests” Trump tells his large audiences. Rule “by the people” is a way of returning us to consent, or recognizing the sovereignty of the people. They have to consent to the laws that govern them. This is just another way of saying the “rule of law” or, in moments of disorders such as the assassinations of police, law and order. We cannot be said to be living under the rule of law if chaos rather than law governs us.

To be fully understood, Trump’s understanding of the rule of law demands comparison with the greatest American president, Lincoln.  And Lincoln’s greatest law and order speech is his address on the “Perpetuation of our Political Institutions.”   This was his first notable speech, the themes of which were fleshed out a quarter-century later in his Gettysburg Address.

Briefly, Lincoln bemoaned a national spate of lawlessness that produced lynchings and acts of brutality against various disfavored groups. This collapse of the rule of law, he argued, would ultimately lead to the rise of a tyrant and the destruction of the Constitution and Declaration of Independence as our founding resources. America would thereby lose its greatness and with it “the noblest of causes—establishing and maintaining civil and religious liberty.”

These themes are at the heart of Trump’s argument about law and order and civil rights. The killings of police and violent crimes against blacks have that common root—the lack of respect for life and property and the freedom to enjoy them. That contempt is demanded by Hillary Clinton’s Progressivism and furthered by her corruption:

“We reject the bigotry of Hillary Clinton which panders to and talks down to communities of color and sees them only as votes, not as individual human beings worthy of a better future. She doesn’t care at all about the hurting people of this country, or the suffering she has caused them.”

As just another constituent part of a political coalition, blacks (along with every other group within that coalition, such as union members) have been taken for granted by Democrats. Blacks are not treated as free and equal human beings capable of enjoying full political equality as individuals who think for themselves, but must be content with being patronized as the clients of the Democrats.

Thus, against the twin towers of political corruption in Hillary and Bill Clinton, Trump declares, “I am fighting for REAL change, not just partisan change…. The media-donor-political complex that’s bled this country dry has to be replaced with a new government of, by and for the people.” That is, the Progressive elite has to be replaced by Lincolnian democracy. As citizens, we know there is a real common good not simply a formula for answering the needs and demands of discrete interest groups in sufficient numbers to constitute a majority capable of delivering political victory to the chosen ones. Trump’s rallies, open to all, contrasted with the behavioral science of the micro-targeting and condescension to voters adopted by his failed rivals.

Besides respect for the law and the fundamental principles behind it, citizens and politicians need to display temperance or moderation in persuading fellow citizens. Though the apparent irony of looking to Trump for an example of moderation is not lost on me, moderation need not be reduced to refraining from name-calling as too many conservative critics of Trump would have it. Trump’s apparent lapses in moderation in response to personal attacks, moreover, demonstrate a quality of spiritedness and a will to fight where the absence of such has played to the detriment of Republicans and conservatives confronted by willful Progressives in recent decades.

Where Trump displays moderation most strikingly, however, is not coincidentally, I think, precisely where it is most needed:  his foreign policy speeches. In parallel ways, Lincoln’s Temperance Address portrayed democratic politics and the political significance of the Temperance Movement.

What both speeches have in common is a condemnation of ideological fanaticism—Lincoln objecting to extremist opponents of alcohol and Trump to the Woodrow Wilson fanaticism of nation-building and surrender of national sovereignty to international bodies. Holding in common a sober view of human nature, both Lincoln and Trump condemn politicians who are drunk on power and the disastrous policies these mad theoreticians have inflicted on peoples abroad and on our own armed forces.

Just as the forces of temperance in Lincoln’s day led people to a kind of mad intemperance, today we something akin to this strange juxtaposition when those who cry the loudest for civility in our politics (moderation as they see it), advocate policies that would lead to outrages against civility. Too often, the loudest cries for civility and moderation are coming from people who are, themselves, most uncivil and immoderate.

Trump’s moderation allows him to unite domestic policy and foreign policy, so both reflect the will of the sovereign American people. Obama, and Clinton following him, attempt to flatter radical Islam to pursue illusory policies abroad, while causing confusion at home. A patriotism of national interest is the best antidote for politically correct discourse that demands open borders and invites terrorists to enter:

“Pride in our institutions, our history and our values should be taught by parents and teachers, and impressed upon all who join our society. Assimilation is not an act of hostility, but an expression of compassion. Our system of government, and our American culture, is the best in the world and will produce the best outcomes for all who adopt it. This approach will not only make us safer, but bring us closer together as a country.”

For American lives to matter, the American nation itself must truly matter.

“Putting America First” is not some isolationist platitude. Rather, it means looking at America in a different way from the cynicism of the political establishment of both parties. We no longer need their permission to see ourselves as “the best in the world.”

“Renewing this spirit of Americanism will help heal the divisions in our country. It will do so by emphasizing what we have in common – not what pulls us apart…. I will fight to ensure that every American is treated equally, protected equally, and honored equally.”

The principle of equality is at the heart of the American order.“We will reject bigotry and oppression in all its forms, and seek a new future built on our common culture and values as one American people,” says Trump.

With Lincoln, right makes might. This is possible because the creed of equality defines us as one people, as Lincoln repeatedly emphasized. That creed in turn produced a “common culture.” But this common culture is under threat of ridicule and condemnation by the elites now governing the universities and it is, at best, abandoned or ignored by the political establishment on the right. Throughout the campaign, Trump has stood for the defense of “our common culture and values as one American people” as no other candidate has, not just in 2016, but for a very long time.

Our Declaration of Independence from the Conservative Movement