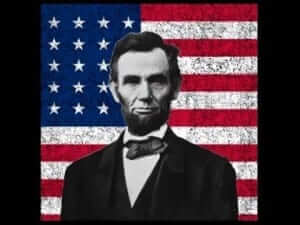 So-called movement conservatives who are lamenting the “demise of the party of Lincoln” this week would do better to read a good book on Lincoln. Not a book-length tract by one of their own number that contrives to conclude, mirabile dictu, that Lincoln was a movement conservative himself, but an account of the flesh-and-blood Lincoln and, more to the point, the political Lincoln. On a recent trip to Montana, I had the pleasure of listening to the bulk of the first volume of Michael Burlingame’s Abraham Lincoln: A Life, and it occurred to me that certain passages might prove useful to well-intentioned Republicans who, for one reason or another, are finding Donald Trump a tough pill to swallow.

In the 1844 presidential election, Democrat James K. Polk narrowly defeated the Whig candidate, Henry Clay. Polk was a supporter, Clay an opponent of annexing Texas as a slave state. Northern abolitionist Whigs who thought Clay insufficiently anti-slavery ran a third-party candidate, James Birney, under the Liberty Party banner. Birney received only a little over two percent of the popular vote nationally, but if one-third of the Birney voters in New York had voted for Clay, it would have turned the election.

As related by Burlingame:

In 1845, Lincoln told a Liberty Party supporter that if the ‘whig abolitionists of New York had voted with us last fall, Mr. Clay would now be president, whig principles in the ascendant, and Texas not annexed; whereas by the division [of the Liberty and Whig forces], all that either had at stake in the contest was lost.’ An anti-slavery Whig had declared to Lincoln that he could not vote for the slaveholder Clay, because people of conscience ‘are not to do evil, that good may come. Plaintively Lincoln asked: ‘If by your votes you could have prevented the extension, &c. of slavery, would it not have been good and not evil so to have used your votes, even though it involved the casting of them for a slaveholder? By the fruit the tree is to be known. An evil tree can not bring forth good fruit. If the fruit of electing Mr. Clay would have been to prevent the extension of slavery, could the act of electing have been evil?”

Running for president himself in 1860, Lincoln faced opposition from within the Republican Party, not so much due to distrust of his principles as to the opinion (with some  basis) that he lacked the qualifications, credentials, and sophistication of the candidates he had defeated for the nomination. From Burlingame’s account:

Placating [Sen. William] Seward’s followers presented the most serious challenge. They were ‘very much disappointed, & very cross’ at the defeat of the man they considered ‘the greatest living statesman on the footstool of God.’ An angry Seward backer spoke for many others when he announced that he would rather ‘the Republican party should be beaten with him [Seward] a [its] leader, than win with any man.’ …. Lincoln’s skimpy resume caused a Philadelphian to ask Seward rhetorically: ‘What are the acquirements of Mr. Lincoln? Is he a man of varied accomplishments and long tried public experience? Is he what the President of the United States should be without exception—a pure, upright, firm, learned, classical, accomplished, dignified, and respected man? …. Scornfully, he predicted: ‘If we descend to nominate such men as Lincoln, we will have before long 5000 upstarts claiming the nomination.’ From the West a friend wrote Seward: ‘When I got the news, I felt as if I didn’t have anything more to do with white man’s politics, and about ready to go out and live among the Potawattomies’.”

Something like the spirit of “rather lose with Seward than win with any man” seemed to animate members of the Cruz 2020 campaign this week in Cleveland when they pushed for tighter restrictions on voting in future Republican primaries. Of their animosity towards the Democrats, Independents, and new voters flocking to their party because of Trump this year, a letter to a newspaper Lincoln is thought to have written in 1839 is apropos. Lincoln, a longtime Clay man, was backing William Henry Harrison over Clay for president in 1840, although Harrison was considered by most party regulars to be a crude and ignorant backwoodsman, unfit for the White House. (“Give him a barrel of hard cider and settle a pension of two thousand a year upon him,” one newspaper wrote, “and…he will sit the remainder of his days content in a log cabin.”) According to Burlingame:

A May 1839 letter in the Sangamo Journal, probably by Lincoln, argued that Harrison was more electable than Clay. Acknowledging his admiration for Clay, the author nonetheless noted ‘that the people—the bone and sinew of the country—the main pillar of the republic—I mean the farming and laboring classes’ favored Harrison. The author, who signed himself ‘A Voice from Southern Illinois,’ added that ‘the people are for Gen. Harrison, and be it whim or not—they must be humored or the [Democrats] will take advantage of the deep toned feeling of the public mind in his favor, and a victory which is properly ours will be theirs.”

Donald Trump has rightly pointed out that the name of the party he now leads is the Republican Party, not the Conservative Party. The word republic is a good one to remember. It reminds us in turn that we have a country. In an otherwise fine speech Wednesday night, vice presidential nominee Mike Pence proclaimed himself “a Christian, a conservative, and a Republican, in that order.” What about American? Unlike too many conservatives since the end of the Cold War, the man at the top of the ticket never forgets America, which is why he is where he is and why he belongs there.

6 responses to “Lincoln’s Party – And Trump’s, Too”