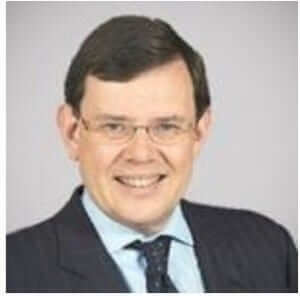 Readers of American Greatness will not want to miss this Powerline Podcast with Steve Hayward interviewing Henry Olsen of the Ethics and Public Policy Center. Olsen is the premier number-crunching election prognosticator in the business. His track record predicting election outcomes is remarkably clear-eyed and brutally accurate–which explains why, even though he is not a Trump supporter, he could predict as far back as last fall that it was Trump’s race to lose.  There’s no confirmation bias in his predictions, let me assure you.

Olsen’s unique method of analyzing the Republican electorate was to recognize that Republican Party primary voters come in four types (or have “four faces,” in Olsen parlance).  There are the moderate to liberal voters, the somewhat conservative voters, the very conservative evangelical voters, and the very conservative secular voters.  A Republican candidate has to be able to appeal to voters from all four of these categories in order to win the nomination, paying particular attention to the “somewhat conservative” voters who have the distinction of always backing the winner.  In 2016, Trump did exactly that but he also did something more.  In understanding those somewhat conservative voters better than the other candidates did, he also seemed to know, instinctively, that he was appealing to yet another category of voter:  the guys we used to call Reagan Democrats.  Remember those guys who Reagan invited to “come and take a walk with us”?  They are the forgotten men of today’s politics:  They’re not left enough to be Democrats, not impressed enough with globalism to be high-rolling Republicans, and not socially conservative enough to be held hostage.

When I studied Reagan (yes, I remember him too, but I was only 18 when he left office so my memories don’t count for much) it always irritated me that he did not do more to persuade the Reagan Democrats to become Reagan Republicans.  But now I think I see what he was up against, not just with them, but with the members of his own adopted party.  There’s a real element that just does not want these voters or their interests represented in it.  They were happy to use the Reagan Democrat votes on their own terms.  But they didn’t want to actually have to do business with these people.

Well, it turns out that Republicans are going to have to do business with them.  And it’s about time they realize this.  Olsen was warning about it more than half a decade ago.  Reagan Democrats didn’t disappear (or neglect to reproduce), after all. But the rest of the Republican Party was contracting. Though they didn’t disappear, the Reagan Democrats and their children (and probably their children’s children) have not been marking many Rs on their ballots of late.  That is, until now.

One can argue with Trump’s method of appealing to these voters, but one can’t argue with the fact that it worked and that he is making this race competitive in ways we haven’t seen in decades.

One can also argue that these voters aren’t worthy of our attention because they come from places that “deserve to die” and are not as smart as the people writing for National Review.  But now that we have come this far, it’s probably fair to say that’s a stupid argument. Ask the British Remain campaigners how ignoring the Essex Man worked out for them.

One response to “Their Essex Man, Our Reagan Democrat”